After discovering the incredible catalog of World of Cinema and Rare Film, I’ve been adventuring myself in more obscure and unknown gems that are definitely worth paying the 15 dollars monthly fee from Nitroflare. After all, I don’t have The Criterion Channel, and let’s not even start with Netflix’s catalog, which funny enough, has released some very interesting Polish titles.

And speaking about Polish titles, I’ve realized I’ve been watching some incredible films from Eastern Europe, especially Poland – a country that people don’t usually mention unless you are talking about Krzysztof Kieslowski or Andrzej Wajda. With that, I’ve decided to share some thoughts on some amazing Polish movies. Here they are: 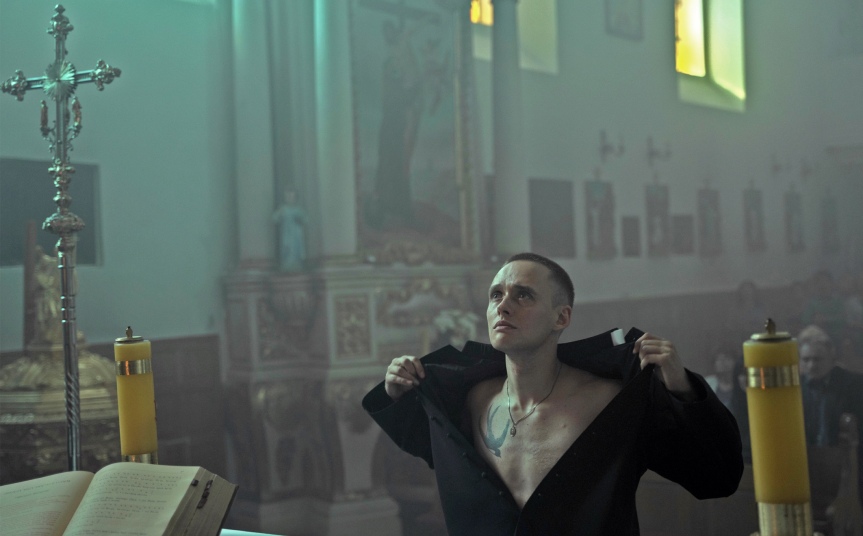 I hadn’t watched Corpus Christi when I made Papiro & Mint’s list of the best movies of 2019 but I would definitely classify this film as one of last year’s bests. Being nominated for Best Foreign Film at the 2020 Academy Awards, Corpus Christi tells the story of a 20-year-old juvenile who after being sent to work at a sawmill by a detention center, he decides to run away and pretend to be the new priest of a small town. Despite doing something morally wrong, the film explores the concepts of what’s right and wrong in a community where people use the name of God to justify their hypocrisy, resulting in an incredible and well-crafted film with an outstanding performance by Bartosz Bielenia.

Definitely not an easy film to go through, Interrogation is a suffocating masterpiece that gave the actress Krystyna Janda a Best Actress Award at the 1990 Cannes Film Festival. Being banned in Poland for seven years, the film tells the story of an actress who one day is arrested by the police and interrogated about her private life. Never knowing exactly what for, this woman goes through long and excessive sessions of bullying and humiliation, being forced to confess to crimes she did not commit. Things start to get even more complicated when she starts a dubious relationship with one of the officers, resulting in a complex and challenging film about extreme political regimes. 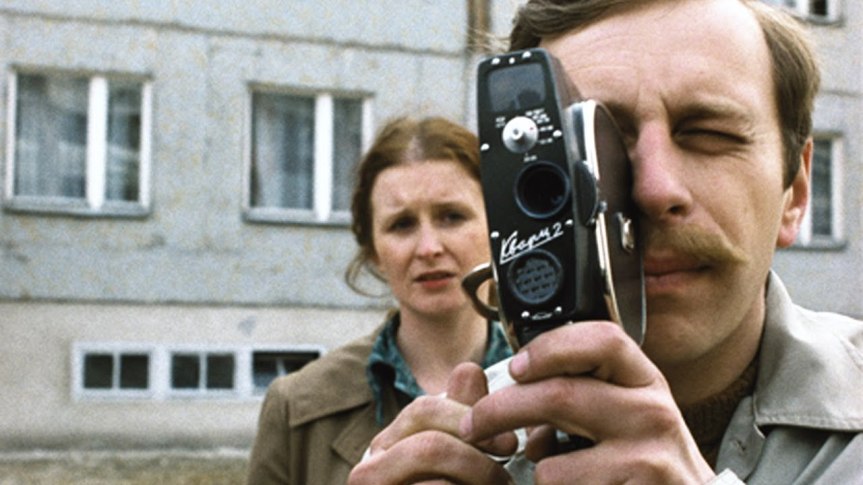 People usually talk about The Three Colours Trilogy, The Double Life of Veronica, and the TV series Decalog when we mention Krzysztof Kieslowski. Camera Buff, however, is my favorite film from the director. Even though I probably need to rewatch this film again, it follows the story of a simple worker who decides to buy a camera to film his daughter’s birth. After that, this man starts shooting films and discovers the importance and the meaning of moviemaking as he gets involved with political parties and cinephiles. Camera Buff, however, is not a film about the movie business, but a personal view of one’s own ideals when one is subjected to the power of moviemaking and its contemplations. 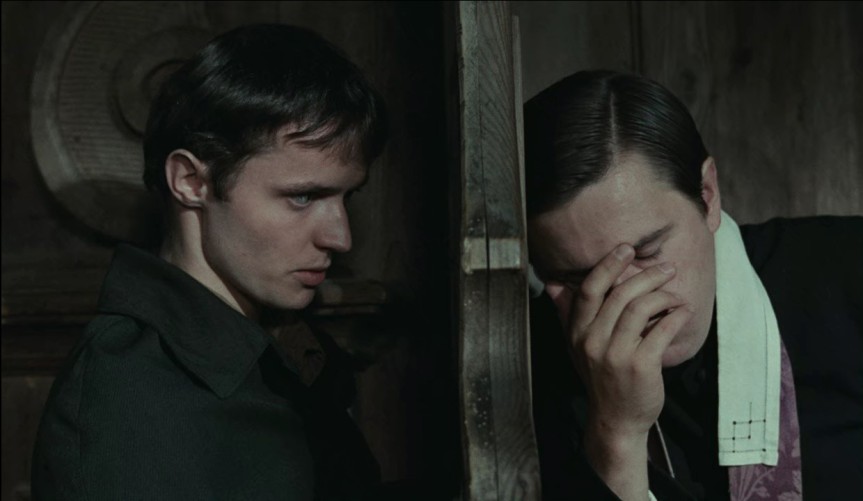 Recently watched on Netflix, The Lynx is a masterpiece for anyone who loves Ingmar Bergman, Andrei Tarkovsky, and Robert Breton’s film Diary of a Country Priest. Set on a Poland invited by the Nazis, the film tells the story of a priest who listens to a young man’s confession about his plans to kill a traitor in the village. With that, the priest starts to investigate the life of this man who will be murdered and discover secrets that put his morality on a test, resulting in a very spiritual and silent film with many beautiful and incredible layers of allegories and interpretations.

From the same director that made Possession, Diabel is one of his most hysterical films which was also banned in Poland during the Communist regime. The story, which is not very important, is about a mysterious figure who frees a man charged with conspiracy in a sanitorium moments before the Prussian army arrives and kills everybody. Their way home ends up being a metaphor for the state of desperation when the Prussian army invaded Poland in the 1770s, resulting in a frenetic, crazy, and shocking film where all characters are bound to give themselves into madness in order to save themselves. The way Zulawski uses his camera it’s the real horror of the film, making you feel both sick and impressed – maybe a little crazy as well.

The Constant Factor (1980) by Krzysztof Zanussi

Another movie that I have recently watched, The Constant Factor is an inspiring film about a young man with many hopes and dreams that is constantly thrown away from his plans by the tragedy of destiny. Despite sounding like a very melodramatic story, Krzysztof Zanussi uses his idea to portray a corrupt and greedy Polish society that condemns anyone who doesn’t play their game, resulting in a very personal and touching portrait of one’s sense of identity and its destruction by society. 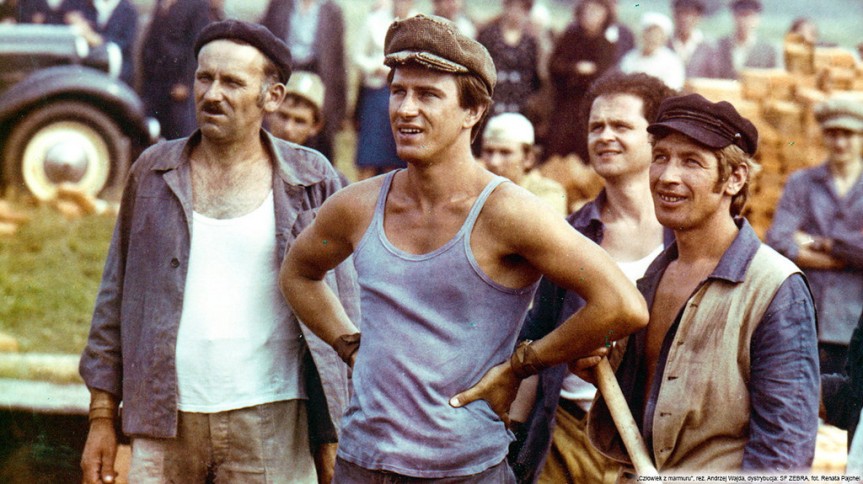 Considered by many one of the most important Polish films ever made, Man of Marble is one of many Andrzej Wajda’s masterpieces. The film follows the story of a young filmmaker who is making her thesis documentary about the rise and fall of a heroic work figure from the past and starts to investigate secrets documents that implicate illegal activities from the government towards this worker’s life. The movie also has a sequel which I haven’t yet seen, but it holds great importance for revealing the use of propaganda and political corruption during the period of Stalinism, especially in the region of Nowa Huta.

And to finish the list with a lighter film, Man on Tracks is a deep and beautiful tale about the investigation of a man who was run over by a train. The identity of this man is revealed to be a retired operator who had many problems in the company, initiating a personal trial to discover this operator’s intentions, revealing many secrets of his personal life.