It’s that time of the year again! I must admit I’m a little disappointed with this year in terms of music and film… maybe it’s because 2014 was so good? At least for film, because let’s face it, this year was a little bit better for music than last year, but even so.

In 2015 I’ve watched 189 movies, which was 14 movies less than 2014. It’s a low number but I’ve managed to watch 41 of them at movie theaters, which is the double of the amount I’ve managed to watch in 2014. I still have to watch a lot of things, but I believe my list of best movies of 2015 won’t change much, specially because it was a very weak year for cinema. Here are my list of best films of 2015: 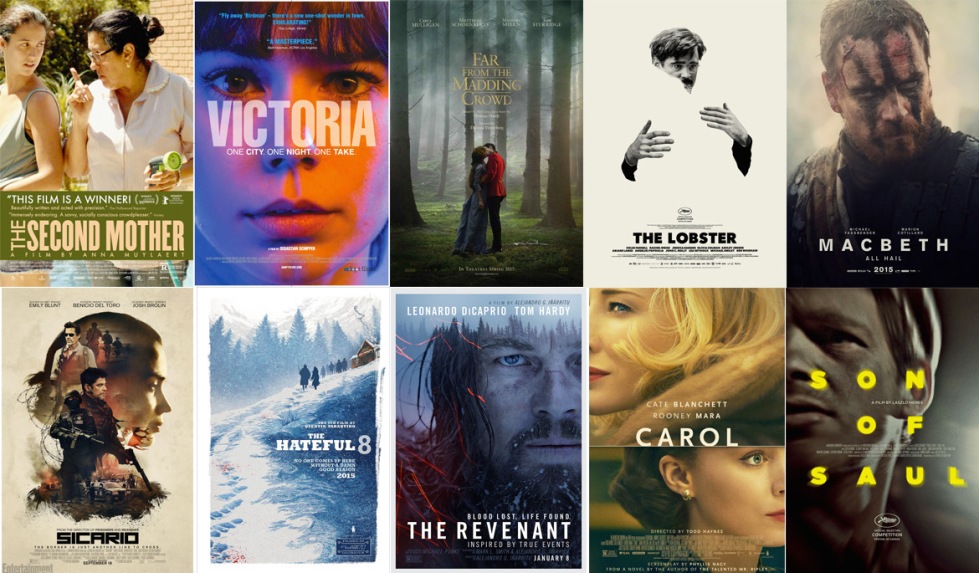