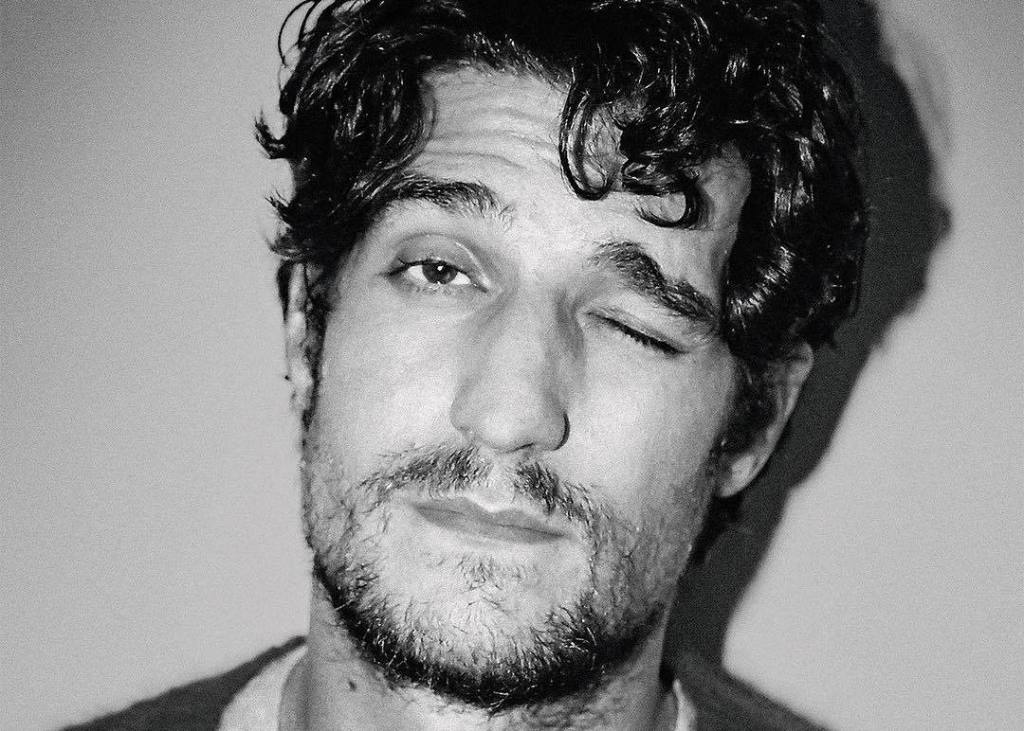 It’s been a while since I’ve written anything about a favorite actor of mine, and after talking about Alain Delon and Isabelle Huppert on Papiro & Mint, I’ve decided to gather ten titles featuring the amazing Louis Garrel and his impressive body of work. So here they are: 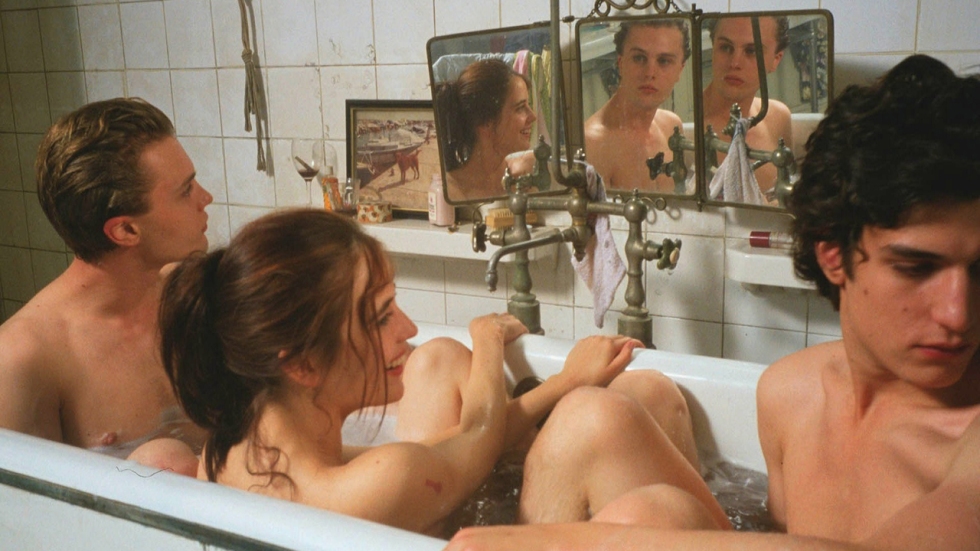 It’s impossible to talk about Louis Garrel and not remember his debut in Bernado Bertolucci’s film, one of the most notorious movies from the director and without a doubt my favorite movie of all times. Talking about an American student who travels to Paris and befriends a mysterious couple of twins in the spring of the May 68 events, The Dreamers is an homage and sometimes a critique to the nouvelle vague period and the mindset spread throughout France at that time. Instead of being a political film, The Dreamers, which is based on the book by Gilbert Adair, is an incredible movie about film lovers to film lovers with a very exotic and sensual approach. 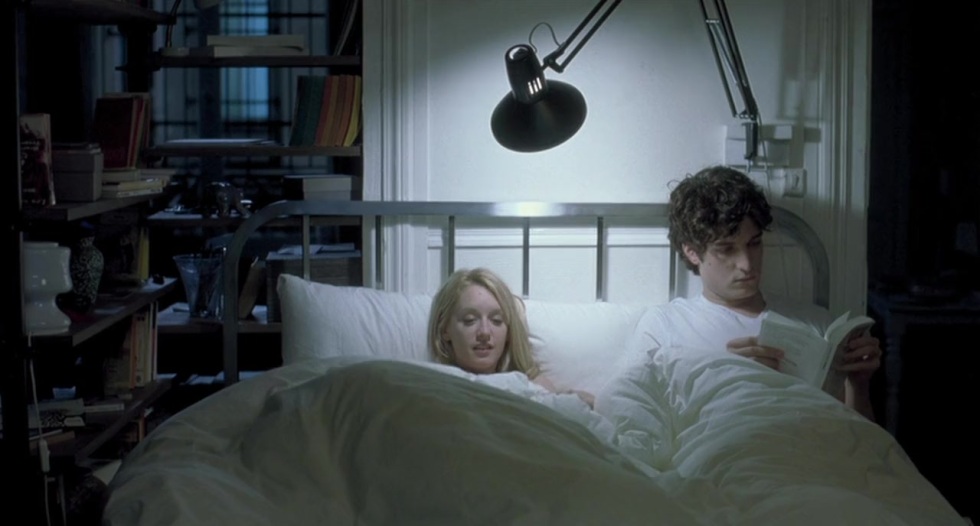 Being one of the many partnerships between Garrel and Honoré, Love Songs is an extremely French musical that resembles The Dreamers for focusing on a young love triangle. After the tragic death of a young girl, these young people will need to face a hard reality by deconstructing the dream-like world that they have always lived in and struggle with their identities. It’s been a while since I’ve watched Love Songs, but I do remember is one of Louis Garrel’s best films and probably Christopher Honoré’s masterpiece. 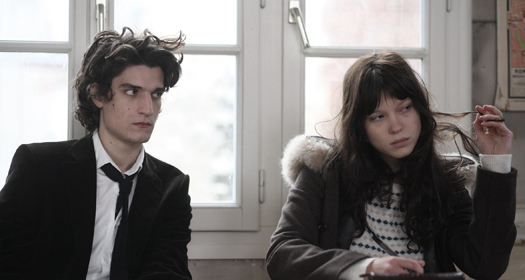 Another partnership with Christopher Honoré, Louis Garrel plays a hypnotic literature teacher on a story that is based on a seventeenth-century French novel called La Princesse de Cléves. Adapted into modern times, many of the situations here seem a little strange for portraying students listening to music during class, but that is exactly what makes The Beautiful Person so interesting. The story is focused on a female student who transfers to a new school and the relationship with her peers, who causes an immediate impression towards one of her classmates and teacher. Mixing themes such as love and grief, The Beautiful Person is a brilliant poetic film about melancholy. 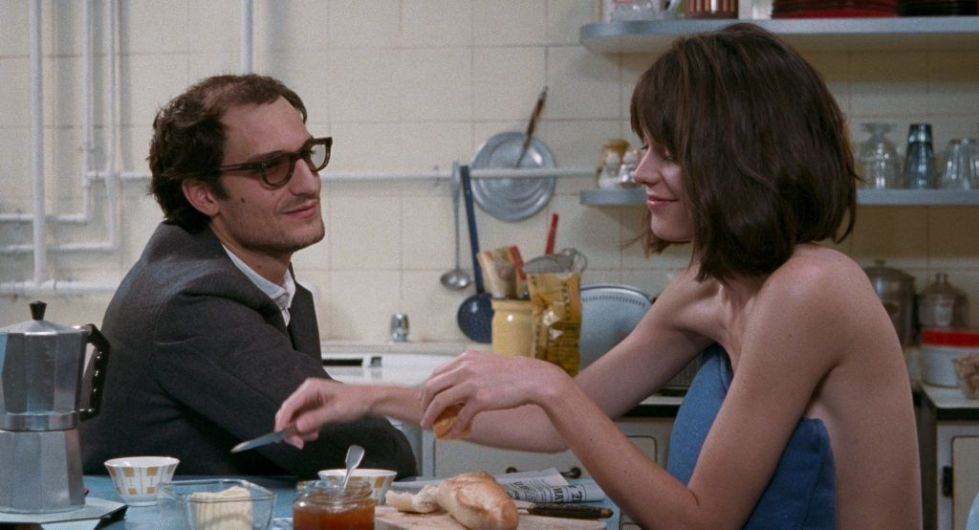 Choosing Louis Garrel to play the iconic director Jean-Luc Godard was not only an extremely interesting idea but also resulted in one of his best performances to date, giving him a Cesar Award nomination. Also starring Stacy Martin, the film focuses on the period when Jean-Luc Godard broke with the nouvelle vague movement with the events of May 68 and marries one of his actresses, Anne Wiazemsky. Even though this is not Louis Garrel’s best film, the way Godard’s life is portrayed here is extremely impressive and important as it deconstructs the image of the legend into a bitter and confused man, which was basically what he was. 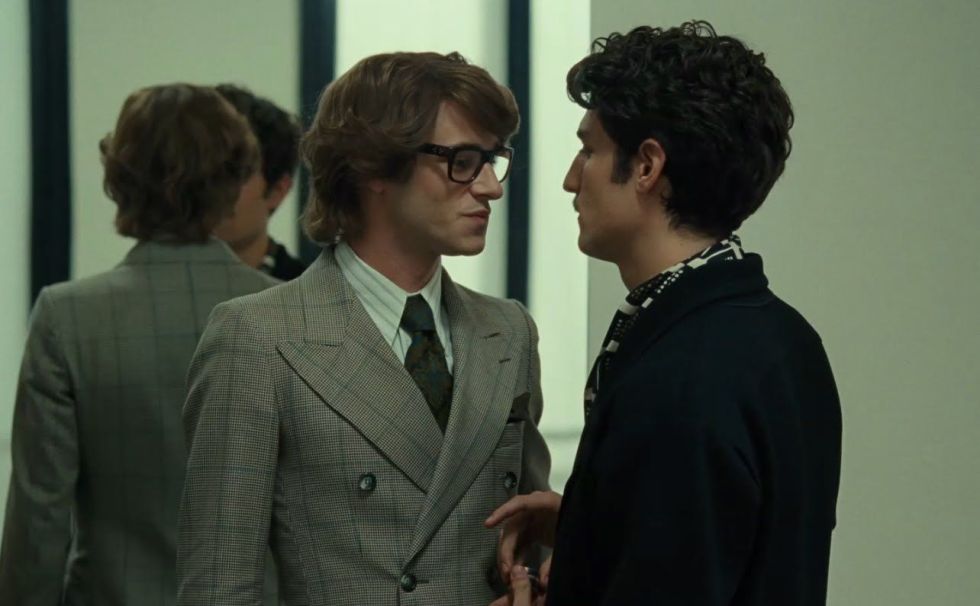 If Gaspard Ulliel’s performance in Saint Laurent isn’t enough of a motive for you to watch this film, it gets even better with Louis Garrel playing one of his lovers. Having a special article on Papiro & Mint, Bertrand Bonello’s film is an exquisite biopic that focuses on the extravagant life of one of the most iconic fashion designers of all times. With an incredible sense of style and an impressive soundtrack, Bonello creates a two and a half hour odyssey of sex, drugs, fame, and fashion with an amazing cast also formed by Jérémie Renier and Léa Seydoux. 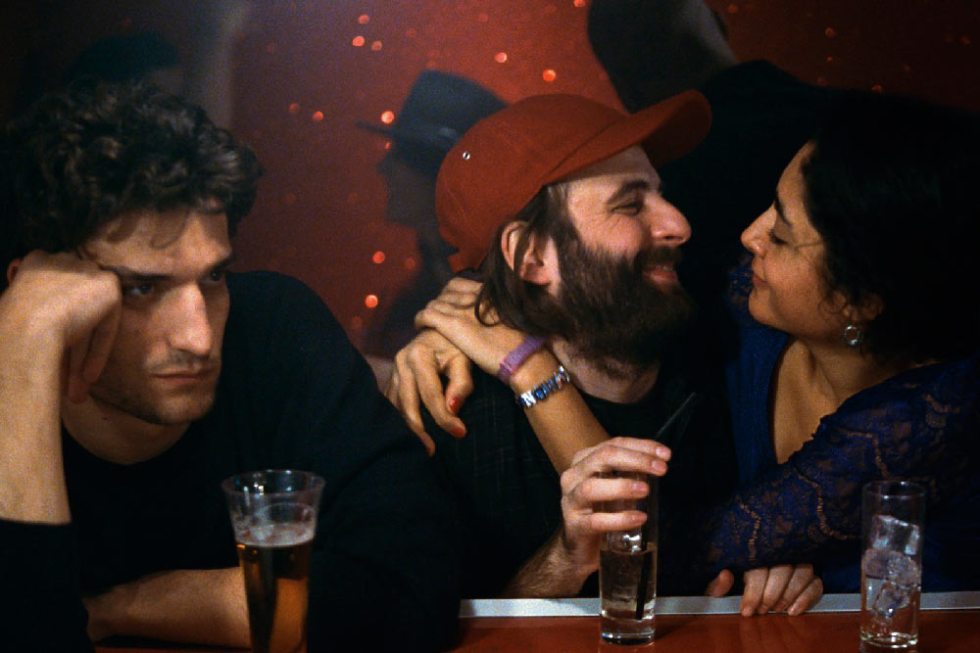 After his impressive body of work, Louis Garrel decided to take a chance on writing and directing – which isn’t surprising considered the auteur style of films he had chosen throughout his career. The result is a brilliant comedy called Les Deux Amis, which is very similar to many of his films: a love triangle set in Paris. Also featuring Vincent Macaigne and Golshifteh Farahani, the film stands out for their performances and a very subtle script about two men fighting over a woman. What sounds like the script of many Hollywood comedies that have been made before, Garrel makes his film with a lot of style and personality, resulting in one of my favorites from his career. 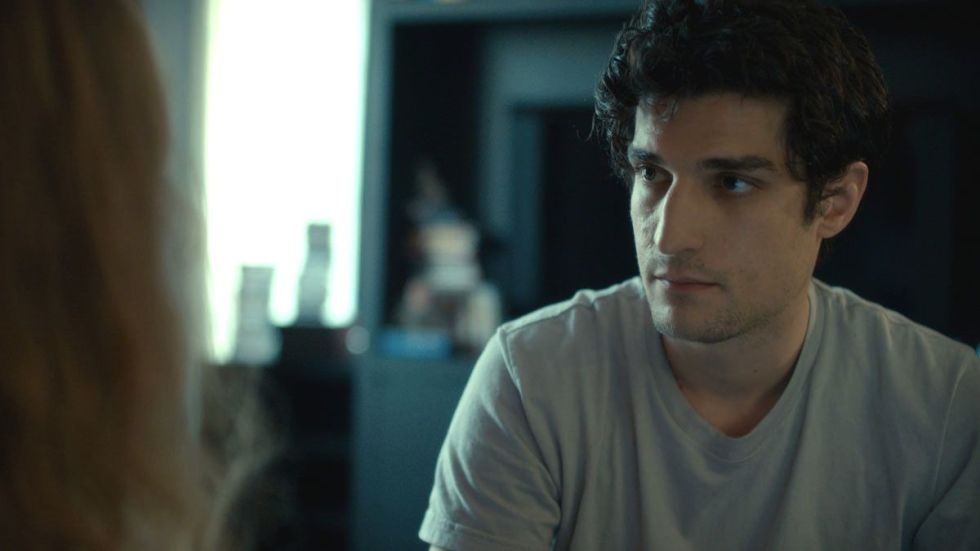 Even though Louis Garrel’s part is not very big in this film, is impossible not to talk about Maiwenn’s Mon Roi (or My King), one of the most impressive films from 2015. With draw-dropping performances by Vincent Cassel and Emmanuelle Bercot, the film follows the disturbing and abusing relationship between a man and a woman who meet in a nightclub. Playing the character of the woman’s brother, the film is a powerful “tour de force” – like critics like to say – where the portrait of chaos in a relationship is seen as what it makes a couple alive. Simply amazing. 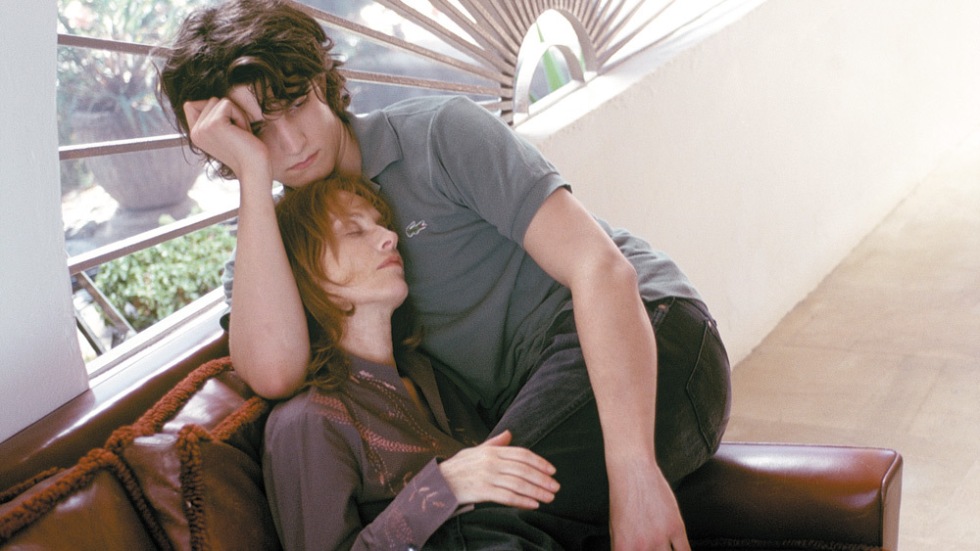 Probably one of Louis Garrel’s most obscure and strange films, Ma Mere is an intense, strange and sensual story about a young man who goes to spend his vacation with his mother at the beach. Played by Isabelle Huppert, the mother goes to have sexual encounters at night, which provokes an intense feeling of jealousy towards his son, starting a complex and incestuous relationship between them. This was the first movie Garrel did after The Dreamers and his first partnership with Christopher Honore, turning Ma Mere into a must watch. 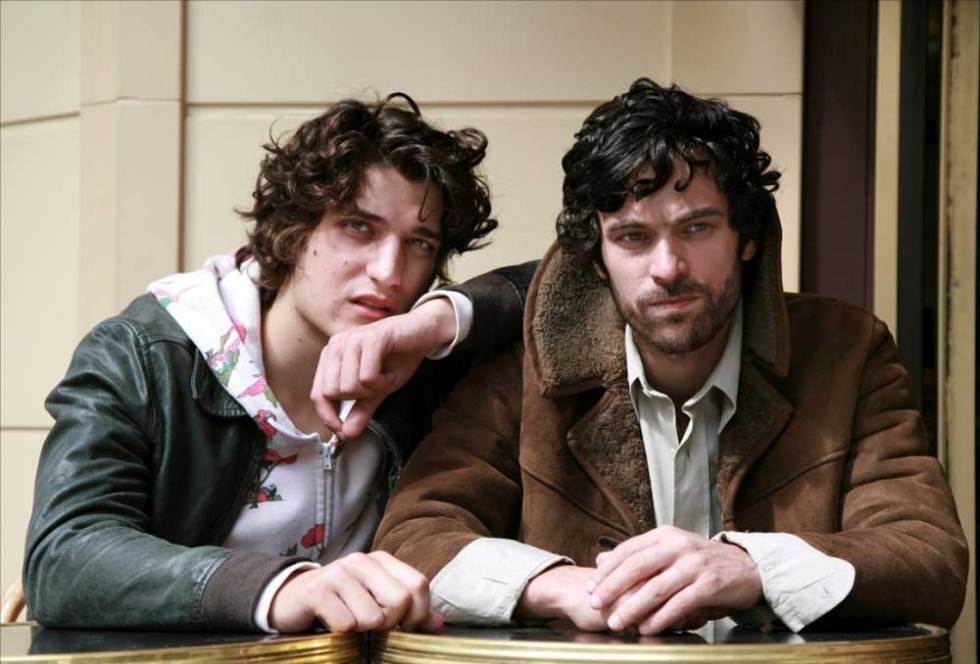 Dans Paris is another extremely french film that deals with the hardness of break up. It focuses on the story of a man played by Romain Duris who returns to his father’s house where his brother lives. There, he spends the days on a state of depression and refuses to leave the bed. While his brother who is played by Louis Garrel tries to cheer him up, the brothers end up rediscovering the pleasures of life and the joy of meeting new people. It doesn’t look like a very interesting film, but the way Honoré builds Dans Paris is incredibly subtle and moving, making a film worth watching if you are a fan of Louis Garrel. 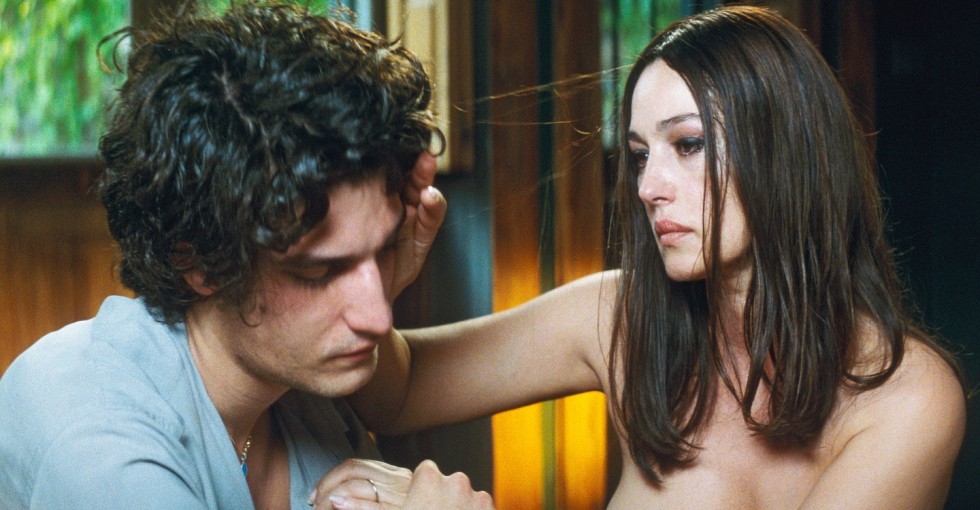 Directed by no one else than Louis Garrel’s father, A Burning Hot Summer is a beautifully shot film about a couple who decides to cheat on each other. Staring the incredible Monica Belluci, the film is a good-looking piece about adultery set on the French countryside. I’m not usually a big fan of Philippe Garrel’s films, but his one is special for simply being beautiful to watch.