A little over a year ago I made a post talking about the art of collecting films, an activity I’ve been doing for more than 10 years which I find extremely important during this era of streaming. For me, it’s like building a person film archive of the movies I love and that are important to me. But more than that, we are living in a moment where most of the classics and old films are being restored and released in Blu Ray editions, making it possible for us to watch masterpieces with qualities that many directors themselves didn’t have a chance to watch their own films!

So since I love talking about Blu Rays and I see exciting new stuff coming out every day, I’ve decided to gather some must-have Blu Ray Box Sets from directors which I personally believe are more than necessary to have in your collection. Even if you are cinephile who doesn’t collect films, these editions are not only movies to have it on your shelf to watch it whenever you feel like it, but extremely important movies which have been carefully remastered and treated to have a print and edition it deserves. So here are some essential Blu Ray Box Sets every cinephile should have: 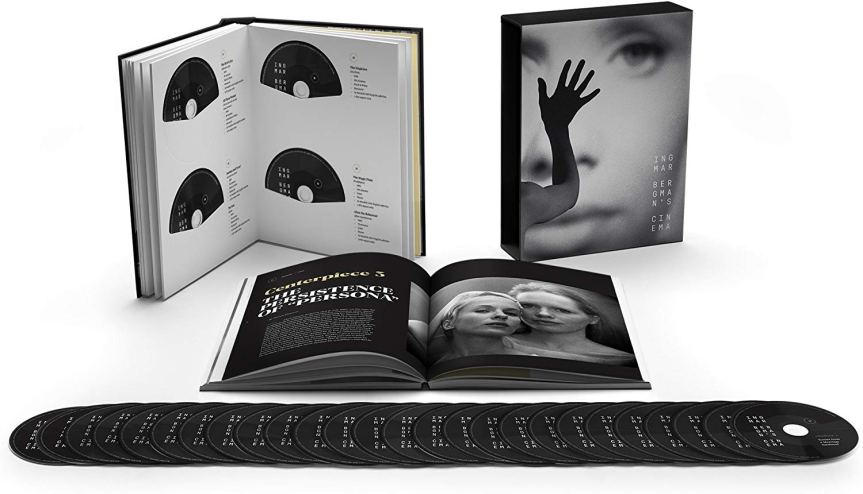 Probably one of the most important box sets that have ever been released from a filmmaker, this Criterion Collection release features nothing less than 39 Ingmar Bergman movies in 4K quality along with several interviews from Bergman himself, collaborators, video essays, behind-the-scenes footage, and a 248-page booklet. The price is a little high but the product is so special that is definitely worth it, specially if you get a 50% off Criterion sale that happens from time to time. I personally don’t have this on my collection but I know it’s only a matter of time until I have this beauty on my shelf. 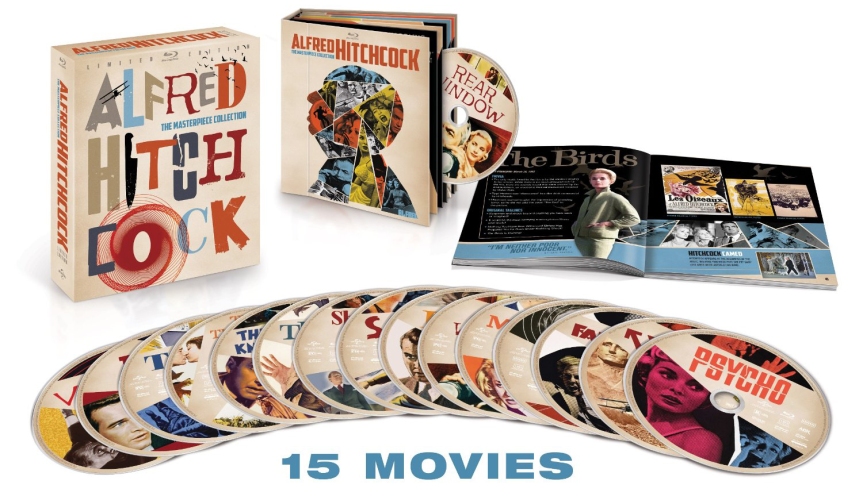 Now talking about something I definitely have on my collection, this Alfred Hitchcock Box Set doesn’t have all the movies from the genius of suspense. However, it features 14 titles (sometimes 14 or 17, depending on the country) in Blu Ray quality including Psycho, Rear Window, The Birds, Vertigo and The Man Who Knew Too Much. I also have a single edition of North by Northwest and To Catch a Thief on Blu Ray, which kinds of complete my favorite titles from the director along other DVDs I have such as Rebecca and Notorious. One way or the other, this beautiful set alone is worth having it. 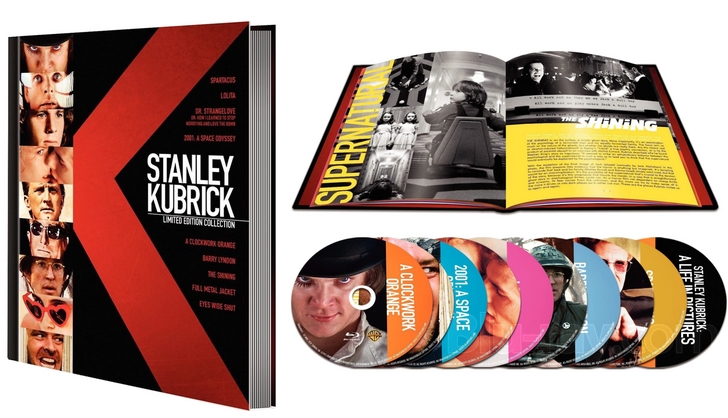 Probably my first Blu Ray box set ever, the Stanley Kubrick Visionary Filmmaker Collection features all Kubrick’s greatest films such as 2001: A Space Odyssey, A Clockwork Orange, The Shining, Full Metal Jacket, Eyes Wide Shut, Lolita and Barry Lyndon. A more updated version has been released also featuring Dr. Strangelove and Spartacus. If these titles in high quality aren’t reasons enough for you to buy it, I don’t know what it is. 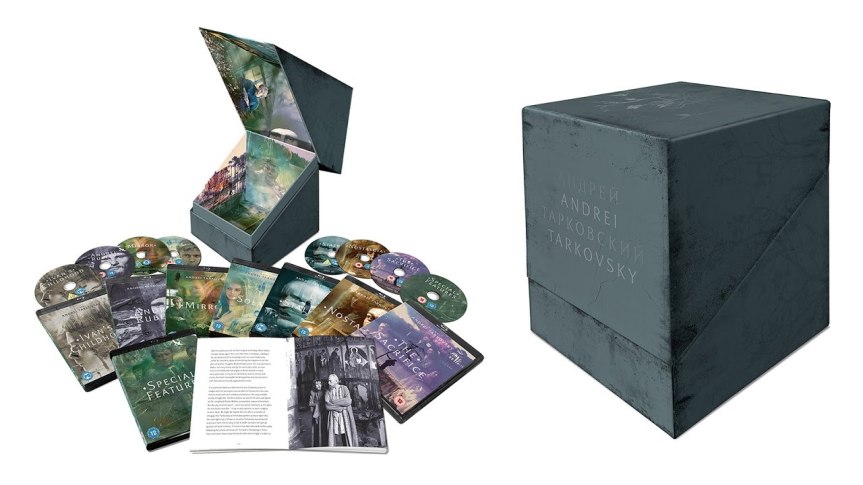 Probably one of the most important box sets of the list, Andrei Tarkovsky’s Sculpting Time Collection by Curzon features nothing less than all Tarkovsky’s films, from Ivan’s Childhood to The Sacrifice. Humour has it that these are not remastered versions, and since I have a single copy of Stalker by Curzon I can confirm that. The Criterion Collection is doing a better job by remastering and releasing these films separately, but they still haven’t released The Sacrifice, The Mirror, and Nostalgia. It’s up to you to decide which copies you prefer to buy, but having all Tarkovsky films on this beautiful box is just too incredible to ignore. 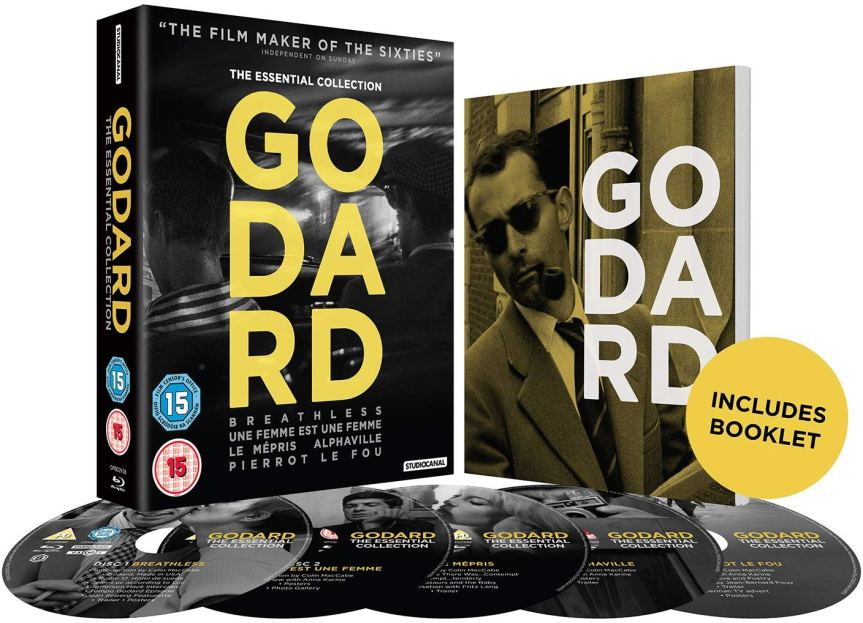 I still can’t believe there isn’t an extremely special Blu Ray box set featuring all Jean-Luc Godard movies. The closest thing we have to that is this beautiful collection featuring Breathless, Band a Part, Pierrot Le Fou, Alphaville, A Woman is a Woman and Contempt. I actually have this on my collection and I must admit the prints are unbelievably beautiful but the box set is only available in Europe. Apparently, the French version also has Le Petit Soldat and Made In USA. One way or the other, this is an amazing box set featuring major Godard films for a very good price that is definitely worth having.

Unfortunately, this is the only box set that is only available in France – which doesn’t mean hope is all lost since all of them have English subtitles. I really hope to buy this one day since Rohmer is one of my all-time favorite directors. However, everybody who is in the UK can purchase the Limited Edition by Arrow Films featuring 10 movies from the director including The Aviator’s Wife, Pauline at the Beach, The Green Ray and Full Moon in Paris.

So apparently there is a very rare box set featuring many Buster Keaton movies and short-films on Blu Ray. Luckily a distributor here in Brazil released it on DVD, which is exciting enough to buy it. But Kino Classics seem to be the only distributor to actually release them on a Blu Ray Box Set. If you can’t find it, there are many distributors who have released several Buster Keaton boxes like Eureka who has released this four movie edition featuring Sherlock Jr, The General, Steamboat Bill Jr, and other shorts. 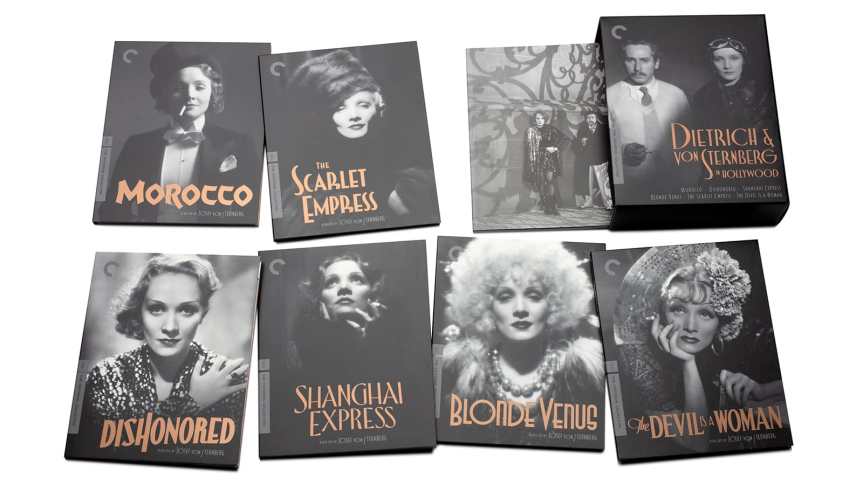 And last but not least, the Criterion Collection has released this beautiful set of Josef von Sternberg’s movies with Marlene Dietrich. They are all astonishing films and they were also released in the UK by Powerhouse Films. I had to be satisfied with a DVD edition released here in Brazil but hopefully, I will buy one of these editions someday.

These are very expensive box sets but extremely important ones. If you became curious about them, try to look for movies that are very special to you. Many distributors are not only releasing them on Blu Ray but also on amazing editions featuring booklets, discs with special content and many more!