It’s summer and Carnaval time here in Brazil, but instead of going to the streets and party, I rather stay indoors and watch films. Because of that, I’ve decided to make a list of 10 summer movies for those who do not only prefer to do the same as me during this season but is also in love for movies that are set in Europe during summertime. So here they are. 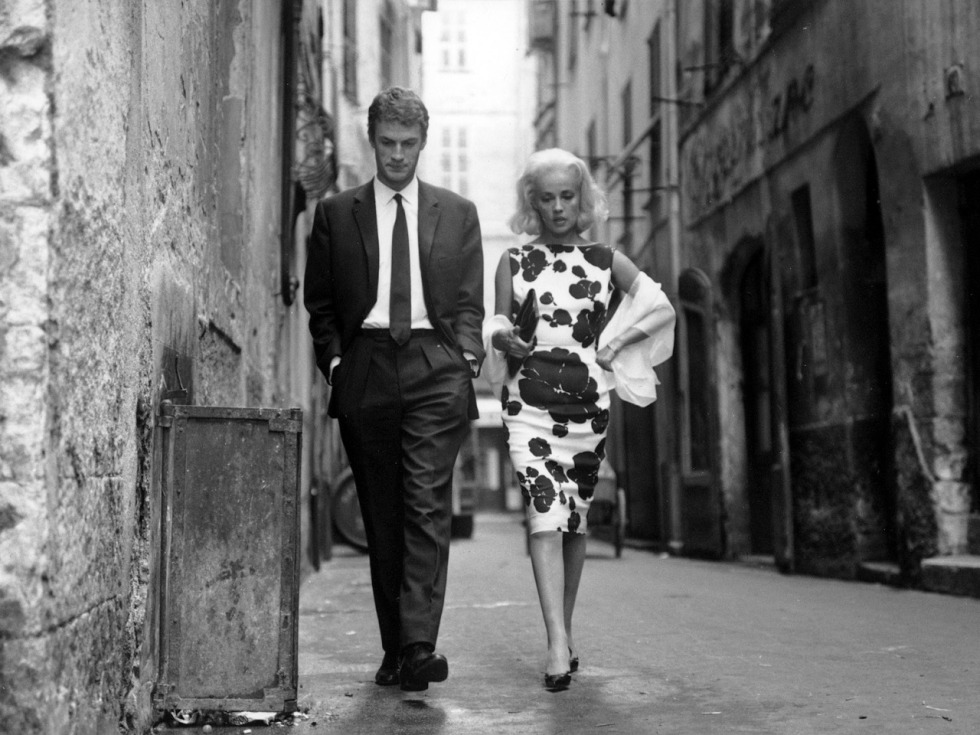 I wish I could have the style and elegance of Claude Mann to wear the perfect outfit on the Riviera without sweating as he does in Bay of Angels. One of Jacques Demy’s earliest films, Bay of Angels is a beautiful tale about an amateur gambler who gets lucky and decides to spend his fortune on gambling and partying at the French Riviera. This adventure will make him meet Jackie, a crazy woman who is always spending more than she should and finishes all her money on drinking as soon as she wins anything. Their relationship turns into a small dream bubble where anything is possible as long as they keep gambling, resulting into an outstanding film where you wish you could turn into Claude Mann and Jeanne Moreau on the beach during the 60s. 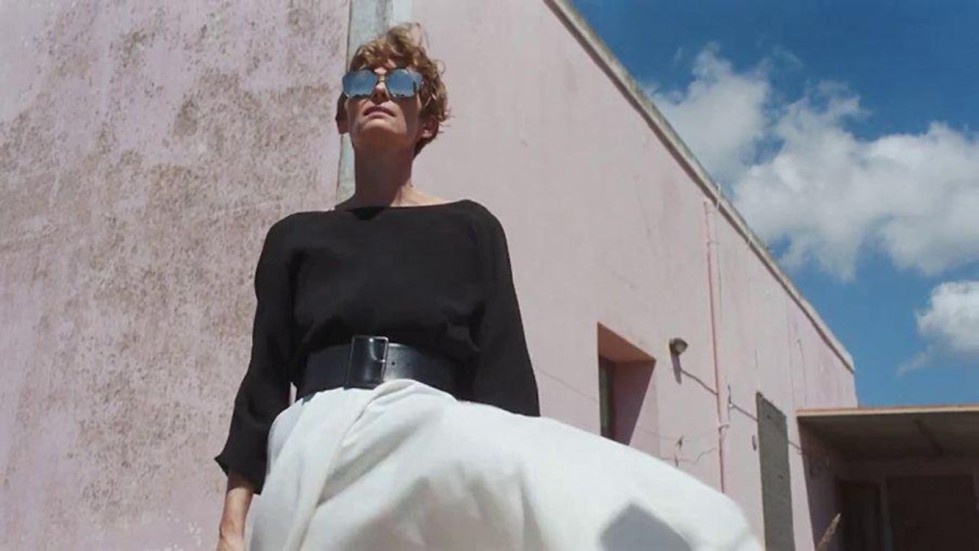 A Bigger Splash (2015) by Luca Guadagnino

Before Luca Guadagnino’s masterpiece Call Me By Your Name, the Italian director made a sexy and daring feature with Tilda Swinton, Ralph Fiennes, Dakota Johnson and Matthias Schoenaerts loosely inspired in the film La Piscine with Alain Delon and Jane Birkin. Even though the two films share the same plot, A Bigger Splash is more like a modern version of a couple whose travel is interrupted by the visit of an ex-lover and her daughter, starting a game of seduction and flirts that will result in murder. A definite must watch if you liked Call Me By Your Name. 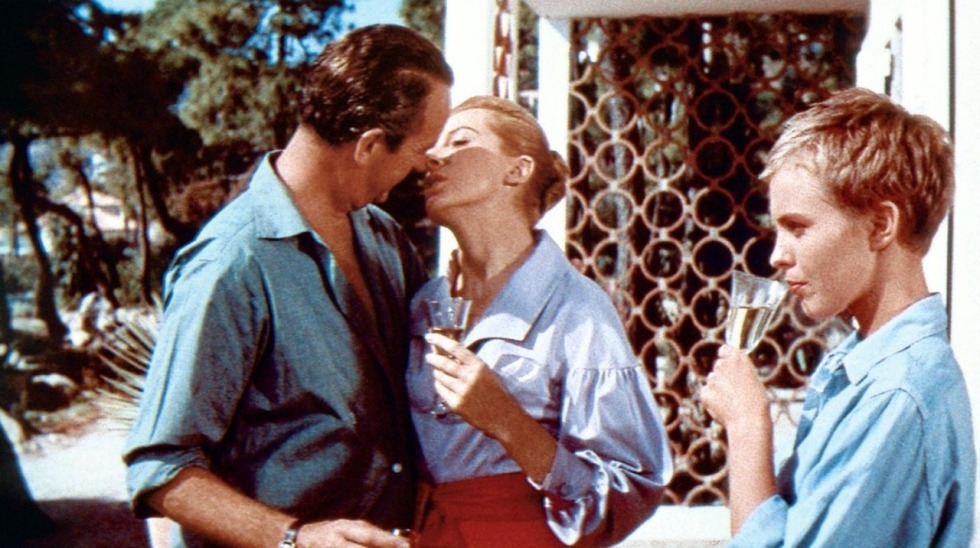 Based on the incredible novel by Françoise Sagan, Bonjour Tristesse is an American film with extremely European roots. The plot follows Cecile, a sixteen-year-old girl who travels with her father to the French Riviera and falls in love with one of the local boys. But not everything is perfect, and the girl who her father starts a relationship gets on the way of her freedom, starting a conflict between her, her father and her own freedom. Of course, the film is not as good as the book, but Otto Preminger’s direction is something worth watching, especially if you’re into summer films. 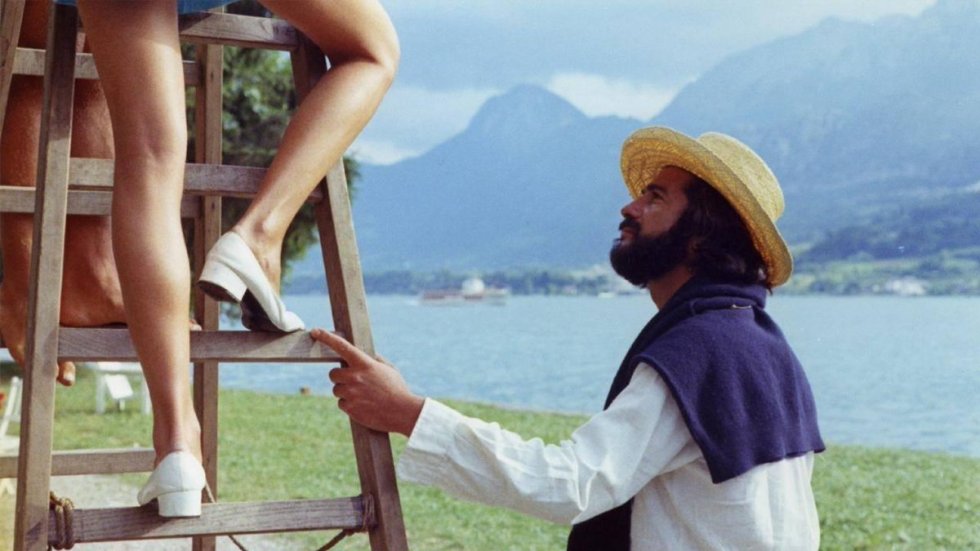 Already mentioned a couple of times in the blog, Caire’s Knee is one of my favorite Eric Rohmer films. Being one of the most Jean-Claude Brialy’s notorious performances, the film follows Jerome, a man who is spending his summer on the French countryside and meets a friend he hasn’t seen in a long time. As they start to meet often, Jerome falls in love with one of her friend’s friend – most specifically, her knee. With that, Eric Rhomer introduces us into a beautiful and philosophical feature about love, relationships and life.

Being one of my favorite movies of all times and definitely Jean-Luc Godar’s masterpiece, Contemp is, in my opinion, one of the features that can grasp perfection and serve as an example to what filmmaking is about. As André Bazin says in the movie, “The cinema substitutes for our gaze at a world more in harmony with our desires. “Contempt” is a story of that world.”, Jean-Luc Godard creates an epic love story between man and woman, filmmaker and cinema on the magical island of Capri, where a film production is trying to shoot an adaptation of The Odyssey. With that, Godard creates a beautiful and summer-like film that would change film history forever. 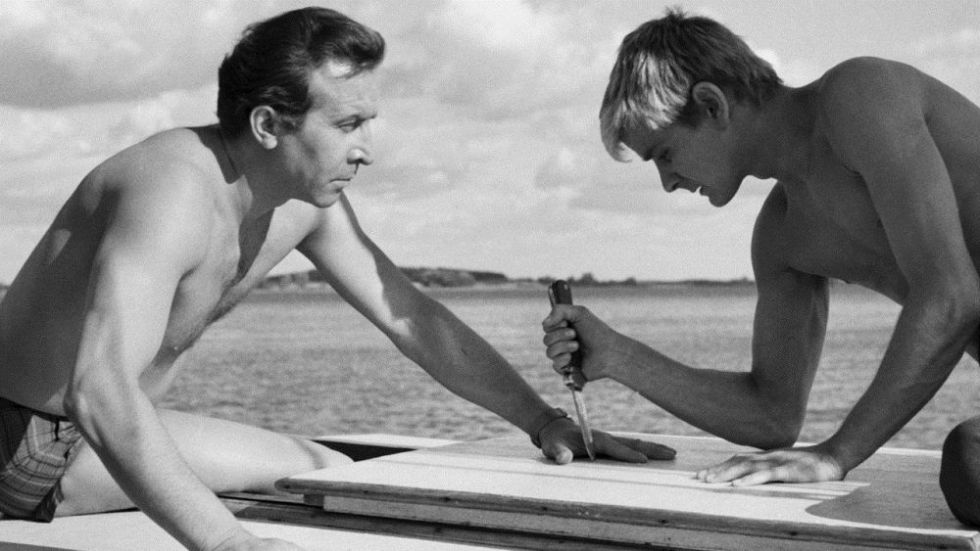 Knife in the Water may be my least favorite film of the list, but it’s impossible to ignore the sensuality and sexual tension between the characters of this film that is entirely set on a boat – and most importantly, Roman Polanski’s first feature. The film follows the story of a couple who ends up giving a ride to a stranger. After they get to know each other, they all decide to go for a ride on a boat, where the two men start to clash with each other and try to prove who is better than the other. The film is very slow-paced but the way Polanski deals with homoeroticism and masculinity is something worth watching. Another incredible Eric Rohmer film, Pauline at the Beach is a simplistic and beautiful tale about a woman and a young girl who goes to the beach during summer time. There, they meet a friend the older woman hasn’t seen for years and start a relationship with his friend, which he doesn’t approve. Pauline, the younger girl, starts to go out with a boy at the same age as her, and when they realize, they’re all in the middle of a web of lies and games that will reflect the behavior of each character’s personality and adults in general. 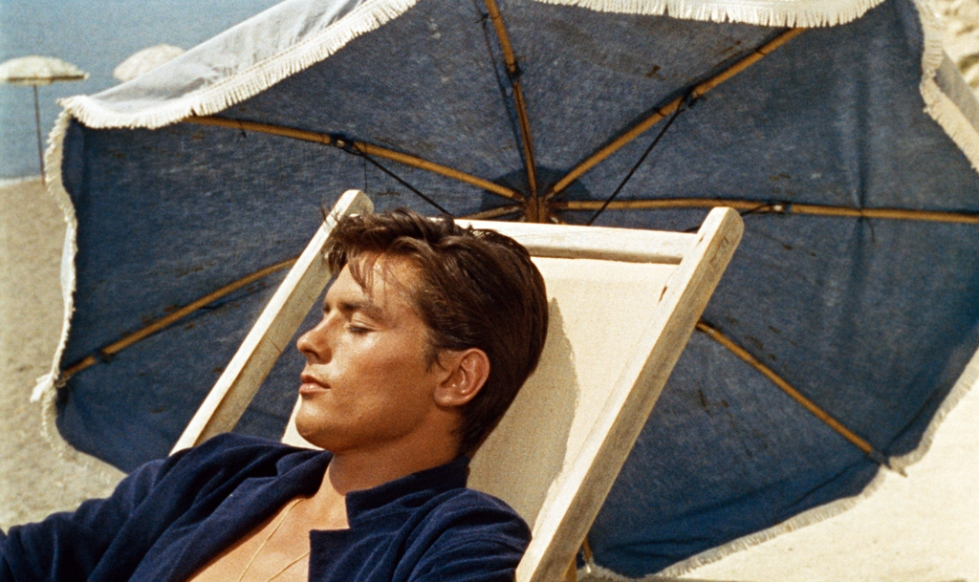 Also already mentioned in the blog before, Purple Noon is one of my favorite films featuring Alain Delon. As a matter of fact, how not to be hypnotized by the 23-year-old Delon and his attempt to steal a man’s personality with the most outstanding clothes and cinematography of the history of cinema? Purple Noon is the French (and first) version of Patricia Highsmith’s adaptation of The Talented Mr. Ripley for the big screen, that tells the story of a young man who is paid to travel to Europe to bring the son of the man back home. There, the character befriends the man and ends up stealing his identity. 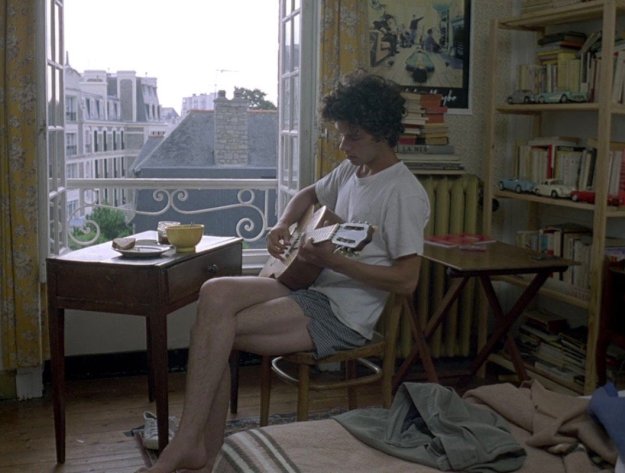 It’s impossible not to mention Eric Rohmer more than twice in a list like this since most of his films were set on the beach during summertime. Here, we follow the daily routine of Gaspard, a young French man who goes to the beach to relax and wait for one of his lovers to arrive. His lover takes longer than he expected and he starts a small relationship with a girl he meets at the beach, making him question about his life decisions and choices in an odyssey about loneliness and identity. 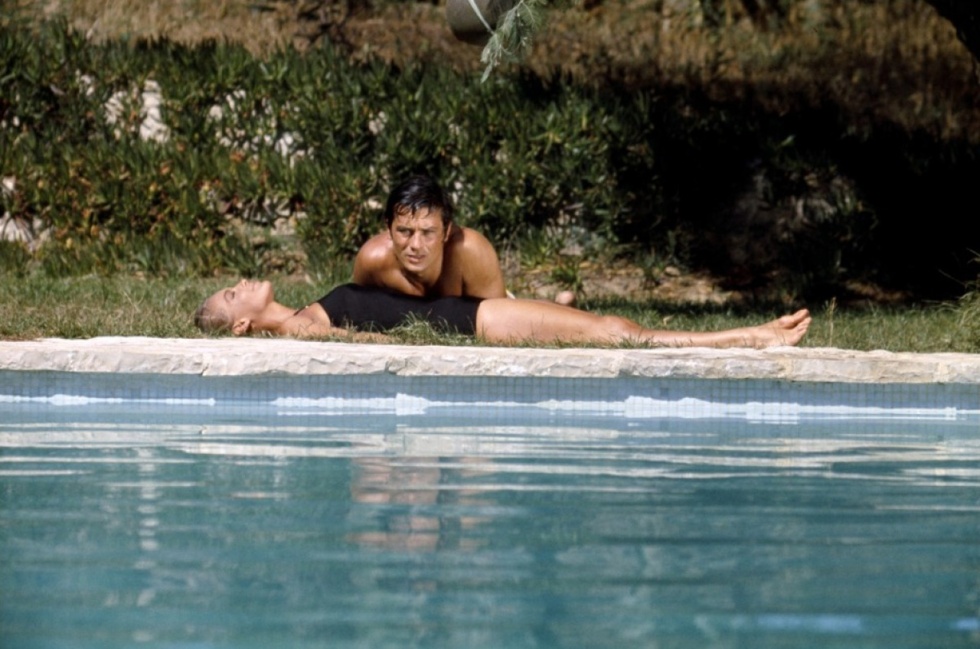 If I could make a rule of how every film should start, I would say that it should start just like La Piscine does: a shot of Alain Delon laying next to the pool wearing Ray Bans. Being the film that inspired Luca Guadagnino’s A Bigger Splash, La Piscine is an incredible film about bodies, sex, and desire that gets epical proportions when we throw Alain Delon, Jane Birkin, and Romy Scheinder into the mix. The film follows the same story of a married couple who is disturbed by the presence of a visitor and his daughter. However, Jacques Deray’s version is more subtle and is more focus on Alain Delon’s relationship with Jane Birkin. If you haven’t watched this beauty yet, do it for yesterday!