I’ve been paying attention to A24 for a while now, but after watching David Lowery’s A Ghost Story, I couldn’t stop thinking about how they are creating a certain kind of style and almost a sub-genre with the movies they are producing and distributing. If you don’t know who they are, you have probably seen some of their films, like Moonlight, Room, Ex Machina, Amy, The Bling Ring, and Spring Breakers, just to name a few. More impressive than those titles, are some other movies that they have released that in my opinion, are changing the face of independent American cinema. Let’s talk about some of them and how they are doing that.

Under the Skin (2013) by Jonathan Glazer

There are several lists over the internet that talks about the “best” or the “most important” movies of the 21st Century, and if I would make a list like that, Under the Skin would definitely be on there. Adapted from Michel Faber’s novel of the same name, Under the Skin is a great example of pure modern cinema. The film talks about an extraterrestrial disguised as a female woman who drives around the streets of Scotland to find men and take them to a secret and dream-like location where she “consumes” their skin. The entire film has almost no dialogue and its mysterious narrative and cinematography will take you to a strange, disturbing and sexy journey. Not mentioning the soundtrack is one of the best I’ve ever heard.

And speaking of strange and modern cinema, Enemy is the most challenging film of Jake Gyllenhaal’s career since Donnie Darko and probably Denis Villenueve’s most interesting film to date. Based on José Saramago’s novel The Double, Enemy talks about a guy with a regular routine that after watching a random movie, he discovers he has a double. The guy, who is played by Jake Gyllenhaal, starts following his double to discover the secret behind their identities and ends up falling in a weird and secretive narrative, where even the spectator won’t find all the answers to the questions. Also with an outstanding soundtrack, Enemy is a movie more to be felt than understood, resulting in one of the most interesting journeys of the past decade. 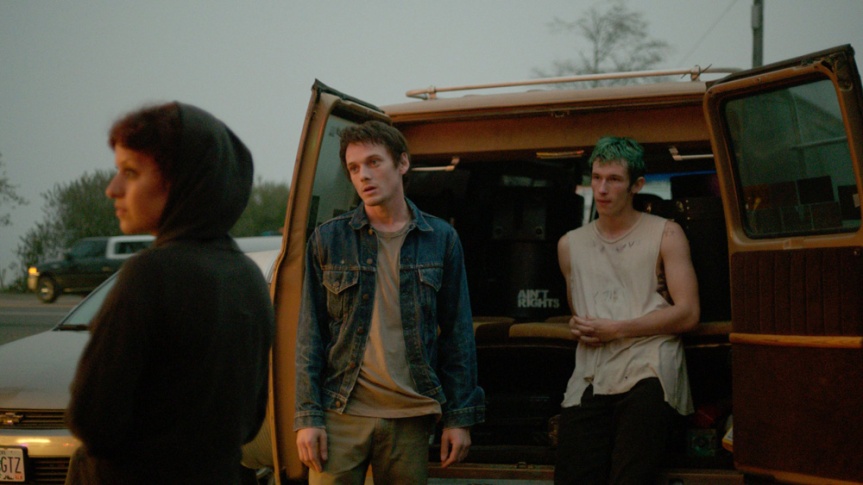 Being one of the coolest films of 2015, Green Room is a horror movie set in a nazi-punk joint where an independent punk rock band is forced to play after a gig goes wrong. With a plan of doing their gig and leaving as soon as they get paid, one of the band members witnesses a murder on the backstage, making all the people who own the venue prohibit them to leave. When the band members start to realize they may never leave the venue alive, they start to plan their escape, which will result in a violent, bloody and shocking outcome. Jeremy Saulnier builds this world in a very dark and sinister mood, playing with gore characteristics without prejudicing the seriousness of the film.

Even though this movie was critically acclaimed, a lot of people thought that The Witch wasn’t a scary film. I must agree with that, but at the same time, I don’t think that being scared is a characteristic Robert Eggers wanted to make his audience feel. Which is exactly the motive of putting The Witch into the post-horror category created by Steve Rose, a film critic from The Guardian who selected a list of several new independent horror films that are changing the genre by incorporating the character’s dramatic arc into the horror of the story or even the format the movie itself. The Witch is all of that by questioning religion and family traditions while it’s inspired by original English folk tales. If that’s not interesting enough, the end of the film is just simply amazing! 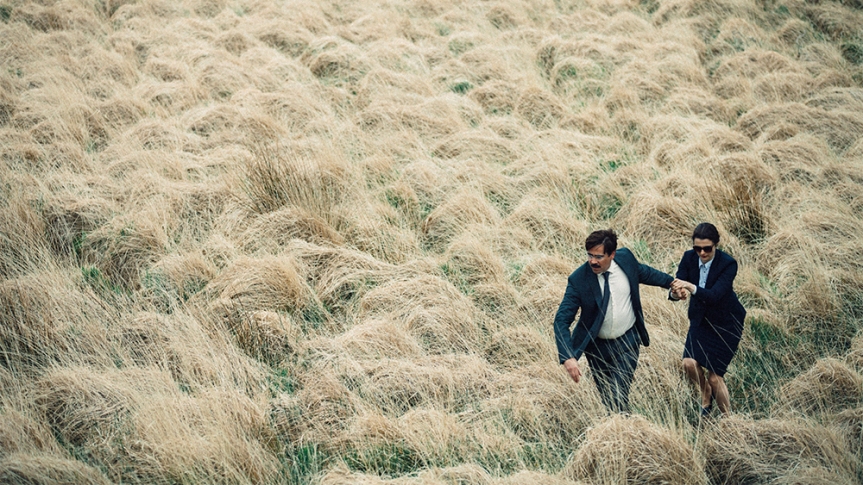 The Lobster (2015) by Yorgos Lanthimos

From the same director of Dogtooth and the upcoming The Killing of a Sacred Deer, The Lobster is one of my favorite films of 2015 and probably one of the most creative films I’ve ever seen. Winner of the Jury Prize at 2015 Cannes Film Festival, The Lobster talks about a dystopian future where everybody must live as a couple to live in society. If they don’t have a couple, they are sent to a hotel where you should find a husband or a wife in a certain period of time, otherwise, you will be turned into an animal for the rest of your life. With that, Lanthimos builds a beautiful and smart movie that makes fun of marriage and monogamy in the most absurd way possible with an outstanding cast formed by Colin Farrell, Rachel Weisz, Léa Seydoux and Ben Whishaw. 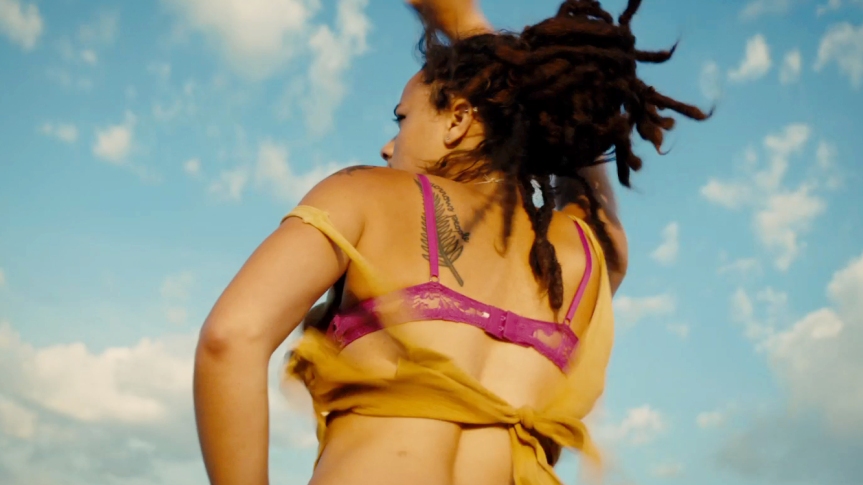 Winner of the Jury Prize at 2016 Cannes Film Festival, American Honey is Andrea Arnold’s version of the free American spirit chasing the American dream on the 21st Century. With almost three hours of duration, American Honey is a beautiful and realistic road movie that mix fantasy with reality by using several non-actors and improvised scenes. The film tells the story of Star, a teenager living in Oklahoma that decides to leave her family behind to join a team of teenagers who are driving around the country selling magazines. One of the best movies of 2016, in my opinion.

In an era where a third wave feminism takes over the internet, Mike Mills talks about women in a very human and non-pretentious way by looking at three different personalities from the 70’s: a mother who is trying to raise her son, a young female adult who is trying to find her way and meaning in life, and a teenager girl who is discovering her body and sexuality. The fact that this story was told by the point of view of a male writer and director is impressive, turning 20th Century Woman a must-watch film to those interested in the subject, and most importantly, to remind ourselves that we haven’t changed much from that time when it comes to trying to understand who we are in this world and our role in society as a woman and as a man. 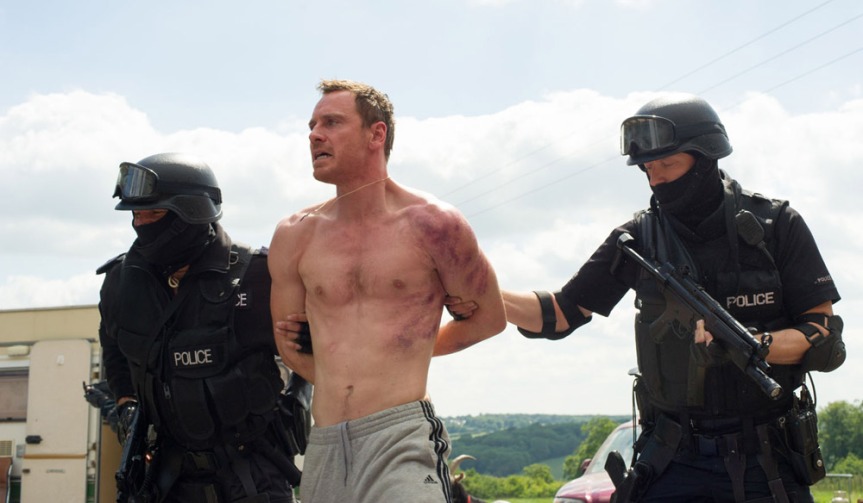 Trespass Against Us (2016) by Adam Smith

Even though a lot of people think this film is no big deal, I really like it for several reasons. First, the tropes you find in Trespass Against Us are very similar to the movies mentioned here, such as the underdogs who are trying to find a way through life, the battle against their own identities, values and family; and more importantly, you get to watch Michael Fassbender as a gypsy stealing cars! The story is about Chad, a driver who is known by the police for robing several places with his gypsy family ruled by the notorious Colby. However, Chad wants to quit this life and become a better person, something his father Colby can’t understand and will do anything that is possible to not let that happen. Even though it’s not the best movie of the year, Trespass Against Us is an incredible film about family, values, and identity.

The story of It Comes At Night seem very dull at first sight: in an apocalyptic future, a family needs to learn how to survive away from the danger outside in a remote house in the woods. However, when you finish watching the film, you realize the movie is way more than that. The way how Trey Edwards tells this story is very interesting, giving us little hints throughout the movie to explain what exactly It Comes At Night is about. Is it a movie about fear? About the horror that lives inside of ourselves? About the coming of death? Or is it about all of that or none of it? Definitely a movie to watch more than once, It Comes At Night is a very simplistic feature with a lot to think over.

Not only the movie that inspired me to write this post but also one of the best films of 2017, A Ghost Story is an original and remarkable tale about time, space, memory and the attachment of humans in things throughout the history of civilization. With almost no dialogue, David Lowery says so much with an extremely minimalistic story of a man who comes back to life in form of a ghost to his living wife and ends up traveling through time and space to live the memories of the house he was so attached to. More than that, he needs to complete his journey as a ghost: the journey of remembering.

Five other movies that are soon to be released by A24 that you should consider watching and why:

The Killing of a Sacred Deer (2017) by Yorgos Lanthimos

The next movie by Yorgos Lanthimos, the same director of The Lobster, was competing for the Palm d’Or at the 2017 Cannes Film Festival. With Colin Farrell and Nicole Kidman, the movie talks about the strange relationship of an odd boy and a doctor.

The Florida Project (2017) by Sean Baker

Ranked the best movie of 2017 so far by the Metacritic, The Florida Project is about the administration of a hotel by the point of view of three kids who help the hotel owner, Bobby, played by William Dafoe.

Shown at the midnight screenings of Cannes Film Festival this year, A Prayer Before Dawn is a film that talks about the true life experience of Billy Moore, who survived his Thai prison ordeal by becoming a Muay Thai boxing champion.

From the same director of Weekend and 45 Years, Lean On Pete is Andrew Haigh’s third feature film that had its premiere at Venice Film Festival this year. The film is a coming-of-age story based on the book by Willy Vlautin of the same name about a boy and his horse.