The year of 1939 is known to be the most outstanding year for motion pictures of all times, having titles such as The Wizard of Oz, Gone With the Wind, Stagecoach and Mr. Smith Goes to Washington nominated for the Best Picture category at the Oscars. However, the more time passes the more I become fascinated with how incredible the year 1959 was. Since I love making lists of the best films of each year, I decided to talk about a year that I believe it was the best of all.

“North by Northwest“ by Alfred Hitchcock

Despite Psycho would have only be released on 1960, Hitchcock had the 50’s on his hand with more than 30 years of experience, several box-offices hits and international acclaim for The 39 Steps, The Lady Vanishes, Notorious, Rear Window, Vertigo, Dial M For Murder, and the list goes on. However, North by Northwest is probably in my opinion, his greatest film ever made. It’s the perfect spy thriller, from technical characteristics to entertainment value. It has an incredible sense of style, starring Cary Grant with one of the most notorious performances with a sunglass on film history, Saul Bass’ design and one of the most thrilling chases scenes and plot twists ever seen in an American film. Even if you don’t think North by Northwest is Hitchcock’s best film, you can’t deny that the director was at his best part of his career.

You may not be a big fan of three and a half hours epic movies from the classical period of Hollywood, but you can’t deny that Ben-Hur is probably one the best films ever made. Being the most expensive production of its time and having a script of 550 pages, Ben-Hur is special not only because is an amazing film, but also because it’s one of the last epic productions that Hollywood survived as the Italian Neo-realism and the French New Wave would impact American audiences to create the New Hollywood Cinema at the end of the ’60s. Ben-Hur also received 12 Oscar nominations, which despite the fact a movie like La La Land can achieve such a thing nowadays, it was a pretty big deal in 1959, specially because of the fact that it won 11 statues out of the 12 nominations, losing Original Script for Room at the Top, another movie that has significant impact on 1959 as being one of the first films of the British kitchen-sink realism. Not to mention Ben-Hur can be quiet surprising until this day. 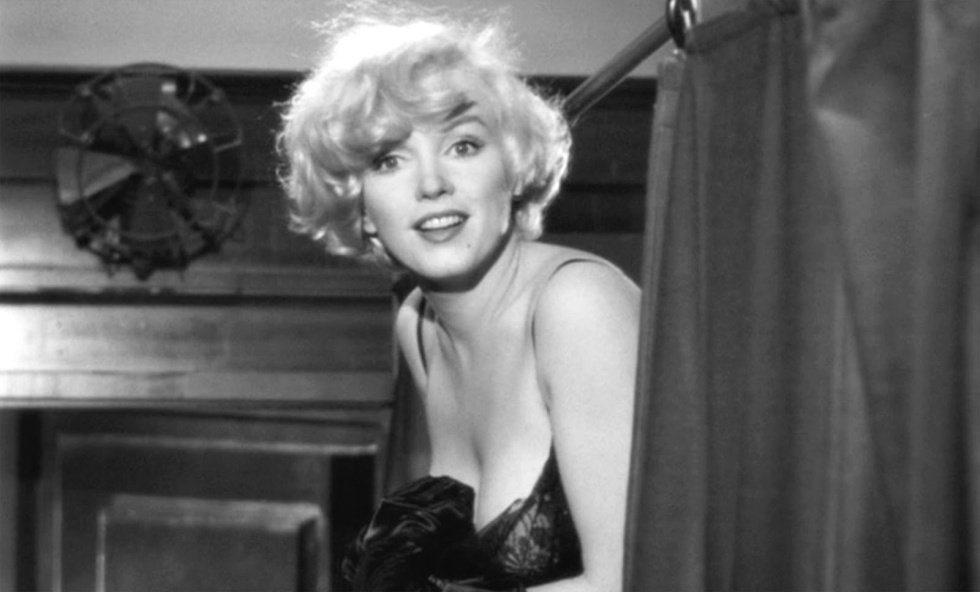 If you haven’t watched a Marilyn Monroe film and wonders what’s the big deal, the moment you set eyes on her on Some Like It Hot you immediately think “oh, that’s why”. From one of my favorite directors of all times, Some Like It Hot is probably my favorite American comedy. You would never imagine a film about two guys dressed as women to run away from a mob would end up receiving 6 Oscars nominations. But Billy Wilder, as most of his films, is a master of story-telling and delivers one of the funniest pictures ever made, staring the beautiful Marilyn Monroe and outstanding acting from Tony Curtis and Jack Lemmon. A must-watch classic!

“The 400 Blows” by François Truffaut

The 400 Blows is probably the most mentioned film on Papiro & Mint, so if you haven’t watched already you are just being stupid. But the fact this masterpiece was released in 1959 is extremely important because it marks the first Cahier du Cinema film critic to ever direct a film, who was inspired and influenced by the ideals of the auteur concept developed from the cinephile wave that started on France after  WWII, starting a movement known as the nouvelle vague or French New Wave, which changed cinema with its theories of production and film language. The critic in question is no one else than François Truffaut, who ended up making three more sequels of this film and becoming part of film history along with Jean-Luc Godard and several other directors of the nouvelle vague.

“The Big Night” by Mauro Bolognini

The Big Night may not be a very famous movie, but it definitely should be. Written by one of my favorite directors, Pier Paolo Pasolini, this Neo-Realistic thriller is a homoerotic tale about boys stealing cars, selling guns and having sex with prostitutes while some leftists ideas are thrown into the mix. Being an influencing director of his generation along with Fellini and Luchino Visconti, Bolognini’s film was a shock at the time it was released, having it censored by the Italian Ministry of Culture. Having Jean-Claude Brialy in one of his firsts performances, The Big Night is an unknown pearl that you must-watch! 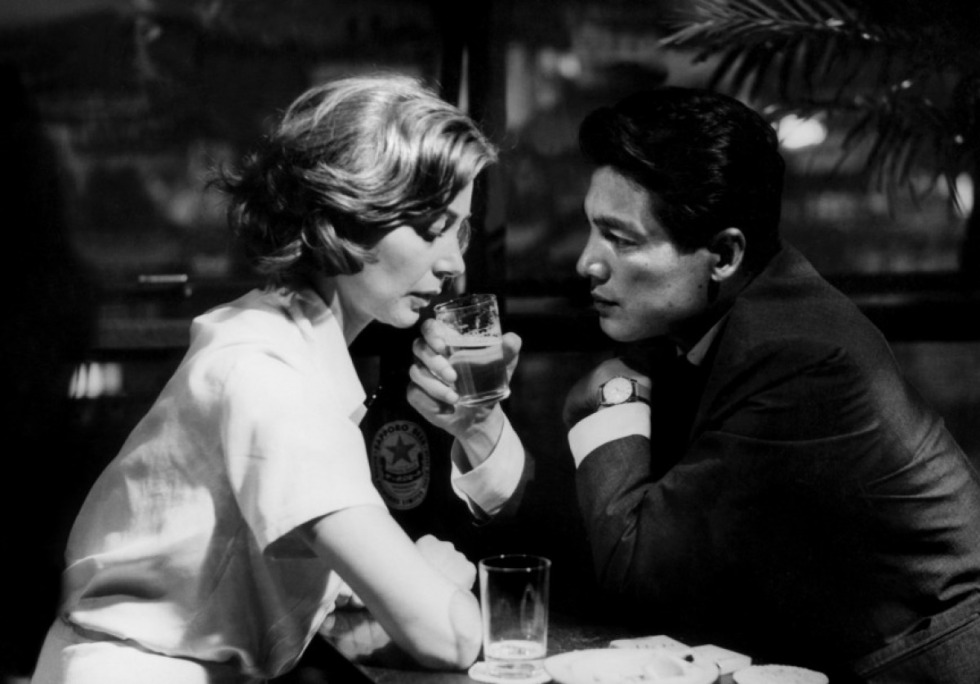 Featuring the best and probably the most beautiful opening sequence in film history, Hiroshima Mon Amour is a must-watch classic from French director Alain Resnais. Also known to be one of the directors of the French New Wave and having one of the most intriguing movies ever on his filmography (Last Year at Marienbad), Hiroshima Mon Amour is a short tale about the relationship of a French actress and a Japanese architect shown in an avant-garde way that changed the way cinema was being made. Its importance on film history is so big that the fact it was one of the movies released in 1959, it proves how important this year was for cinema.

“Ballad of a Soldier” by Grigory Chukhray

Being the latest film of 1959 that I’ve recently watched, Ballad of a Soldier is a beautiful coming of age war drama full of Italian Neo-Realism references. Opening with a woman looking at the horizon and a narrator explaining how that woman has been waiting for her son to return from the war for years, the film tells the beautiful story of Alysha, a soldier who receives a temporary day off to go home and his journey to visit his mother. The film shows the several people Alysha meets along the way, showing a very personal and human touch in the middle of the war, resulting in one of the most extraordinary endings I’ve ever seen on a film.

I’m not a huge fan of Robert Bresson, but we can’t deny how beautiful and groundbreaking the film Pickpocket is for its era. Being one of Martin Scorcese’s favorite films, the movie talks about a man named Michael and how he starts the steal wallets from people at public places. Despite not having much story, the film has an incredible and beautiful sense of editing, focusing on the character’s hands and character voice-over, which ended up being one of Robert Bresson trademarks, just as his emotionless approach to acting. The more I watch Pickpocket, the more special the film becomes to me.

Compulsion is so modern and unique that is hard to imagine it was released in 1959. Staring no one less than Orson Welles and the outstanding acting of Dean Stockwell and Bradford Dillman – who each of them got a Cannes Award for Best Actor at that year; the film tells the story of the ambiguous friendship of two academy students who have this strange pact to live life at its fullest and decide to commit a murder just for the feeling of it. However, the glasses of one the boys are found on the crime scene by the police, challenging their friendship, their status on society and their life itself. 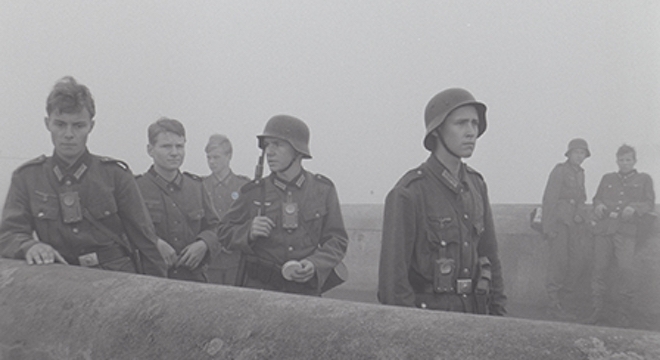 “The Bridge” by Bernhard Wicki

Recently talked about on the post Top 7+ Youth, Uniform and Dictatorship, The Bridge is an unknown German pearl that portrays the illusions of young boys during the Second World War. Inspired by true events, the film focus on 16 teenage German elite boys who are trying to prove their worth to their family and school and decide to join the army to fight in the great war. This process will lead to a tragic event on a bridge that will question you the influence of our parents and the institutions we study on us.