According to designer Saul Bass, style is substance. And what is Papiro and Mint but a blog about style on books, film, music, and photography? I’ve always wanted to talk about this subject here, but never thought it would be relevant considering there are a thousand other blogs that do the same thing out there. But recently I have been watching a lot of movies from the 60s and 70s with a sense of style too good to be ignored, making me inspired to create a list of really stylish movies for men. So here they are! 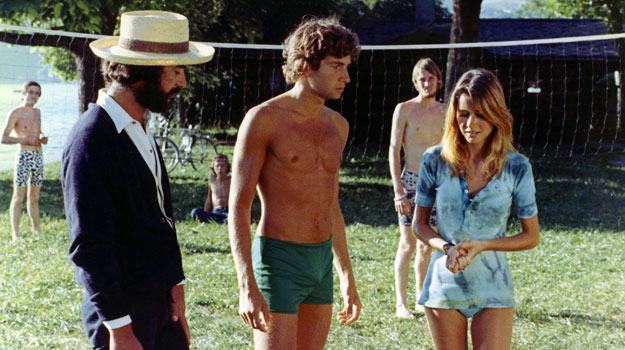 In a mission of watching several films by Eric Rhomer, I ended up falling in love with Claire’s Knee and Eric Rhomer’s mise en scene, that is brilliantly enriched with Néstor Almendros’ amazing cinematography. Being also one of Jean-Claude Brialy most notorious performances, this philosophical summer-like immoral tale talks about relationships, love, and identity through a story about a man who falls in love with the knee of a girl. More than that, Rhomer’s film is stylish in every single frame, from the choices of the characters clothes to the locations of the scenes which seem to be taken out from a classical painting – a characteristic Néstor Almendro is known for. If summer is coming, then Claire’s Knees is definitely the movie to watch.

Already considered one of the most influential movies when it comes to men clothing on film, The Thomas Crown Affair is a draw-dropping elegant heist movie about a powerful rich man who robs banks as a hobby and a female special agent who is trying to catch him, played by no one else than the great Faye Dunaway. With a sense of style that makes James Bond look like an amateur, this film definitely helped to shape McQueen’s reputation of a classic gentleman by riding in expensive fast cars, wearing incredible suits and playing polo. Not to mention the film is extremely cool. 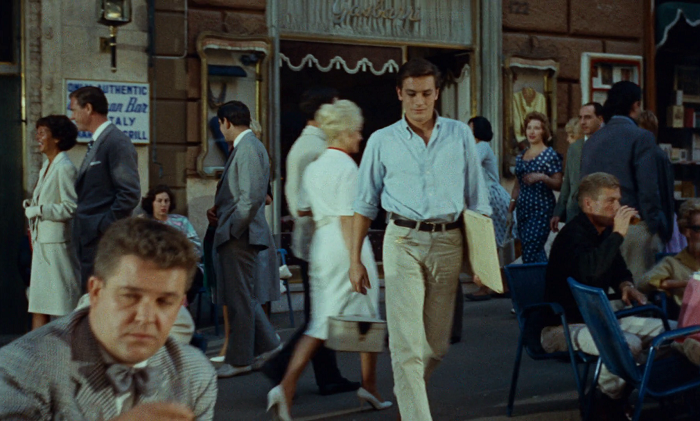 It’s kind of hard to choose one Alain Delon film to talk about it here since most of them have an incredible sense of style. But Purple Noon takes this concept into another level. Mentioned several times on the blog, Purple Noon is not only one of René Clement’s most famous work, but is also used as reference for several fashionistas and designers around the world when it comes to inspiration. It’s extremely classic, casual, masculine and sensual, which perfectly fits Alain Delon’s character, Tom Ripley, a man of many faces who steals the identity of a man and has to live with its consequences. 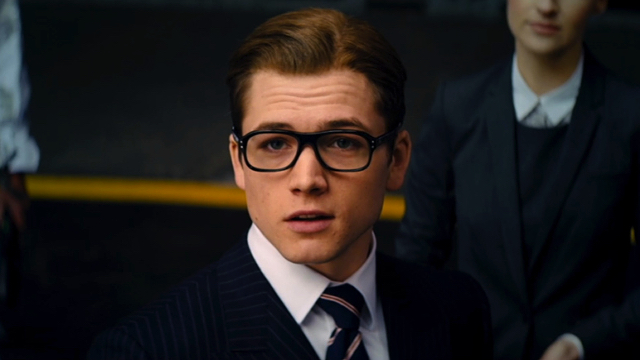 Kingsman may look just like any other action film, but if you look closer, you will find a much richer world about spies, James Bond-like adventures and an amazing sense of style. “The suit is a modern gentleman’s armor. And the Kingsman agents are the new knights”. According to Mr Porter, Kingsman: The Secret Service isn’t just a movie that reinvigorates the spy genre; it also injects new life into the classic British gentleman’s wardrobe. Featuring Colin Firth, Michael Cane, and Mark Strong, Kingsman is a beautiful homage to spy movies from the ’60s and ’70s with a sense of style high as its references.

Blow Up (1966) by Michelangelo Antonioni

Probably the most important and famous film when it comes to fashion and style (also, one of my favorite films ever), Blow Up is a Michelangelo Antonioni masterpiece about a photographer who accidentally photographs a murder and decides to investigate. More than that, the film talks about alienation and plays with the narrative in a metalinguistic way. The film is known to feature the “sexiest moment in film history”, The Yardbirds and Jane Birkin. If you haven’t watched Blow Up yet, do it for yesterday!