The Wes Anderson Collection is a book by Matt Zoller Seitz that talks about the director Wes Anderson and his process of filmmaking. Differently than any book I’ve seen, Matt Seitz spent twenty years of his life making this book, where he accompanied Anderson’s career since the beginning, from Bottle Rocket, until his latest work, Moonrise Kingdom. 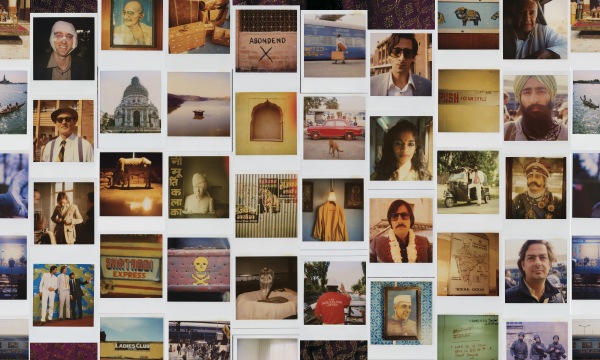 Despite being a book with a really cool design and probably being the coolest book someone could make about a film director for his fans, The Wes Anderson Collection it’s not exactly all that amazing. With 20 years of material of Anderson’s work, Matt Seitz just writes the interview that he did with Anderson, which sometimes becomes a little boring or tiring since he is not only asking questions but also talking about Anderson’s movies with some of his points of view. But at the same time, there is a lot of interesting stuff that makes the book worth reading, like how Wes Anderson became who he is, how he did his films in a technical way, and the most interesting, his experiences and his creative process to make the films. The thing is that there is nothing else besides the interview. Sometimes he shows some storyboard or even some photos of Wes Anderson at the set, but that’s it.

One way or another, The Wes Anderson Collection is an amazing book for Anderson’s fans and especially for cinephiles. It’s a really intimate interview that talks a lot about his process of filmmaking. Not mentioning the book itself it’s really, really cute. Here is a piece of the introduction of the book that I’ve thought it was amazing:

“The world is so big, so complicated, so replete with marvels and surprises that it takes years for most people to begin to notice that it is, also, irretrievably broken. We call this period of research “childhood.

There follows a program of renewed inquiry, often involuntary, into the nature and effects of mortality, entropy, heartbreak, violence, failure, cowardice, duplicity, cruelty, and grief; the researcher learns their histories, and their bitter lessons, by heart. Along the way, he or she discovers that the world has been broken for as long as anyone can remember, and struggles to reconcile this fact with the ache of cosmic nostalgia that arises, from time to time, in the researcher’s heart: an intimation of vanished glory, of lost wholeness, a memory of the world unbroken. We call the moment at which this ache first arises “adolescence.” The feeling haunts people all their lives.

Everyone, sooner or later, gets a thorough schooling in brokenness. The question becomes: What to do with the pieces? Some people hunker down atop the local pile of ruins and make do, Bedouin tending their goats in the shade of shattered giants. Others set about breaking what remains of the world into bits ever smaller and more jagged, kicking through the rubble like kids running through piles of leaves. And some people, passing among the scattered pieces of that great overturned jigsaw puzzle, start to pick up a piece here, a piece there, with a vague yet irresistible notion that perhaps something might be done about putting the thing back together again.

Two difficulties with this latter scheme at once present themselves. First of all, we have only ever glimpsed, as if through half-closed lids, the picture on the lid of the jigsaw puzzle box. Second, no matter how diligent we have been about picking up pieces along the way, we will never have anywhere near enough of them to finish the job. The most we can hope to accomplish with our handful of salvaged bits—the bittersweet harvest of observation and experience—is to build a little world of our own. A scale model of that mysterious original, unbroken, half—remembered. Of course the worlds we build out of our store of fragments can be only approximations, partial and inaccurate. As representations of the vanished whole that haunts us, they must be accounted failures. And yet in that very failure, in their gaps and inaccuracies, they may yet be faithful maps, accurate scale models, of this beautiful and broken world. We call these scale models “works of art.”