2021 is looking good for movies. While we wait for big blockbusters like The French Dispatch, Dune, and The Green Knight, Cannes and Venice are already posting their impressive lineup with movies that should hit the big screen by the end of the year and beginning of 2022. This has been a crazy and terrible first semester and movies were the only things that kept me going: 318 titles so far! Since we have finally arrived in July, here are the best movies of 2021 I’ve seen so far. Here they are: 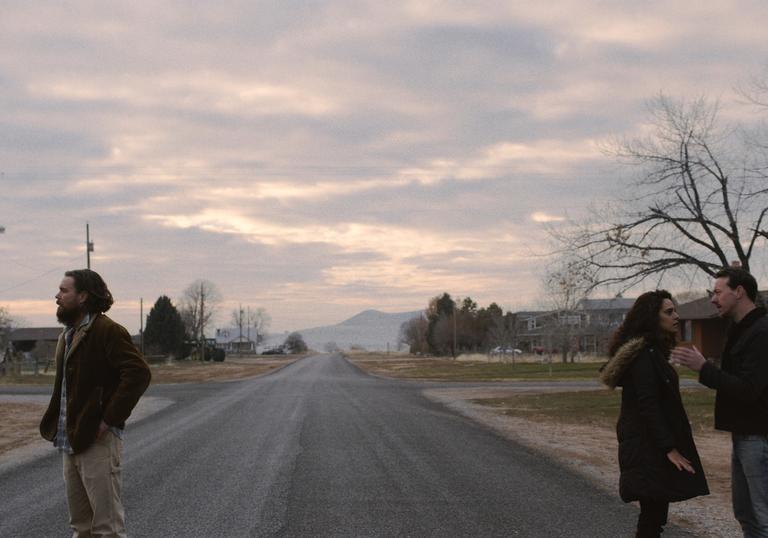 “The Killing of Two Lovers” by Robert Machoian

Being screened in several film festivals in 2020, The Killing of Two Lovers is without a doubt the best movie of the year so far. With a cinematography and mise en scene so perfect that made me wish I had shot it, this incredible film tells the story of a man who has to face his marriage that is on the brink of falling apart. Being tension and uneasiness the main themes of the film, Robert Machoian does an outstanding job in creating a movie that works mainly through a narrative of friction, formed by simple and creative elements that makes The Killing of Two Lovers a simple, beautiful, and unforgettable work of art. 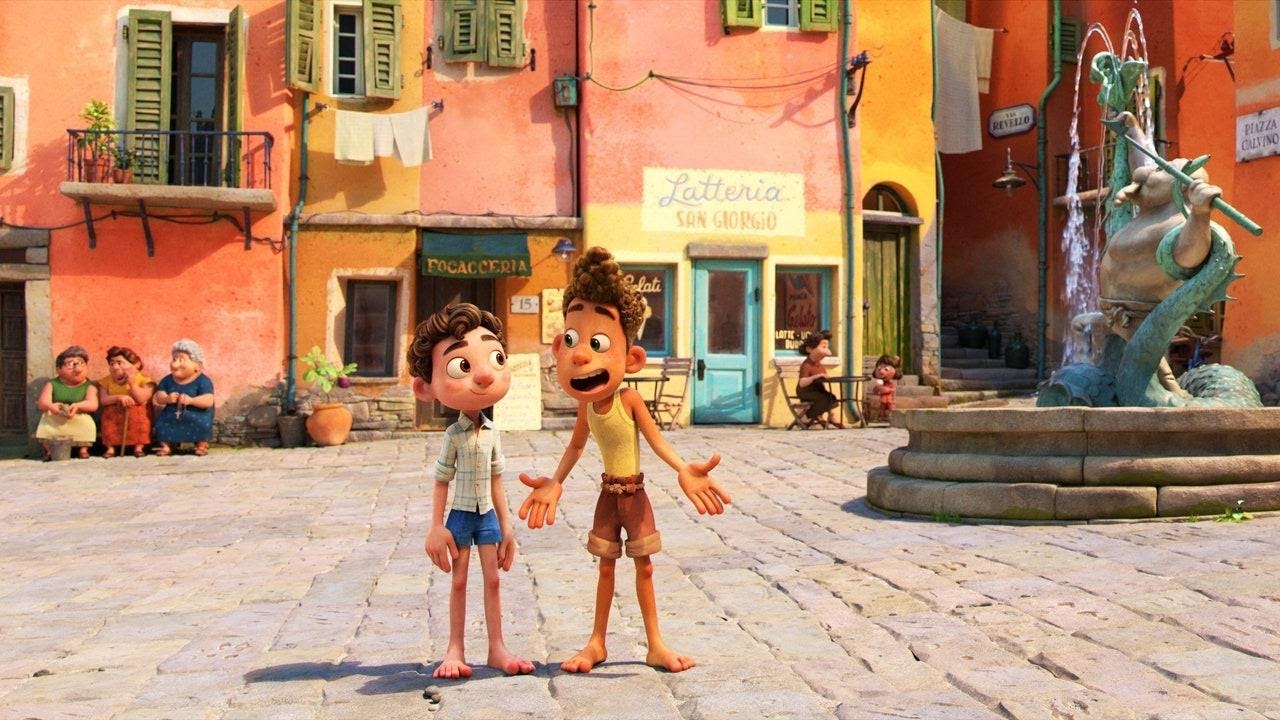 Probably one of my favorite Pixar movies so far, it astonishes me that Luca wasn’t as well-received as other major titles from the same animation studio. Despite not being an original film as Soul, Inside Out, and Ratatouille, Enrico Casarosa’s movie has a lot of soul and personality by homaging friendship, Italy, summer, and the will to discover life and the world. Sure, there’s also an undertone about homosexuality and immigrants in it but I believe the movie works mainly due to its optimism and beauty in a world that we are so used to criticizing, and seeing the worst in it, resulting in a finale that made me cry more than Toy Story 3 in this.

And speaking of animations and optimistic films, Ray and the Last Dragon impressed me more than I’d like to admit by telling a story about a world where the people need to come together and trust in one another to save a planet where people are becoming stones. More than that, it’s a beautiful movie about the differences of cultures and traditions with elements of religion and the supernatural. Not to mention the outstanding graphics and cinematography, which makes this one of the best Disney animations I’ve ever seen. 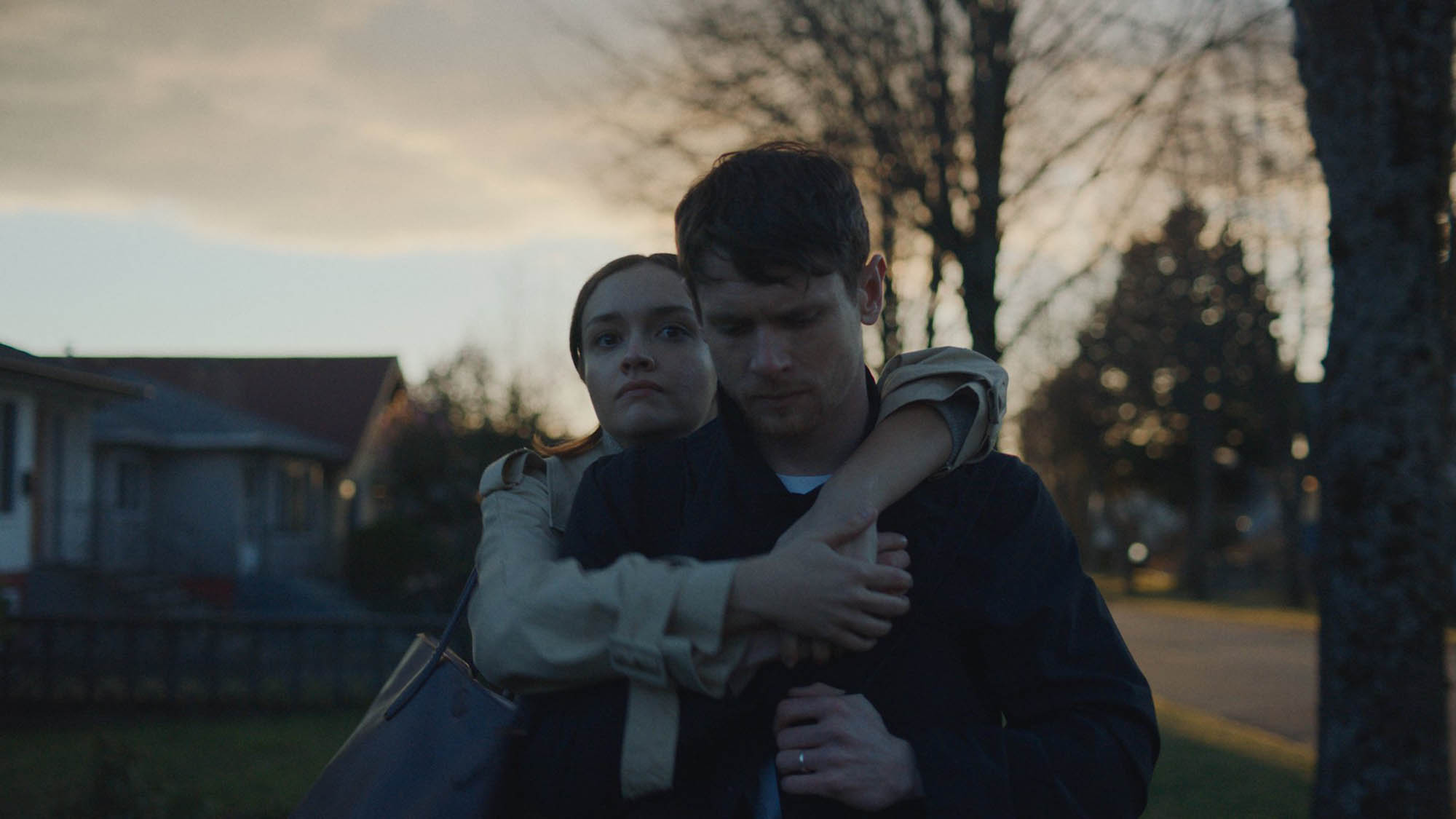 A movie that isn’t being talked about very much is Little Fish, an outstanding and melancholic indie film starring Jack O’Connell and Olivia Cooke living in a world that is facing a memory pandemic, where people simply forget who they are and what they have done with their lives so far. The premise is incredibly interesting and it’s seen through the prism of a love story that faces the consequences of amnesia through time, resulting in a touching, poetic, and realistic tale that mixes elements of films such as Eternal Sunshine of the Spotless Mind and Perfect Sense. 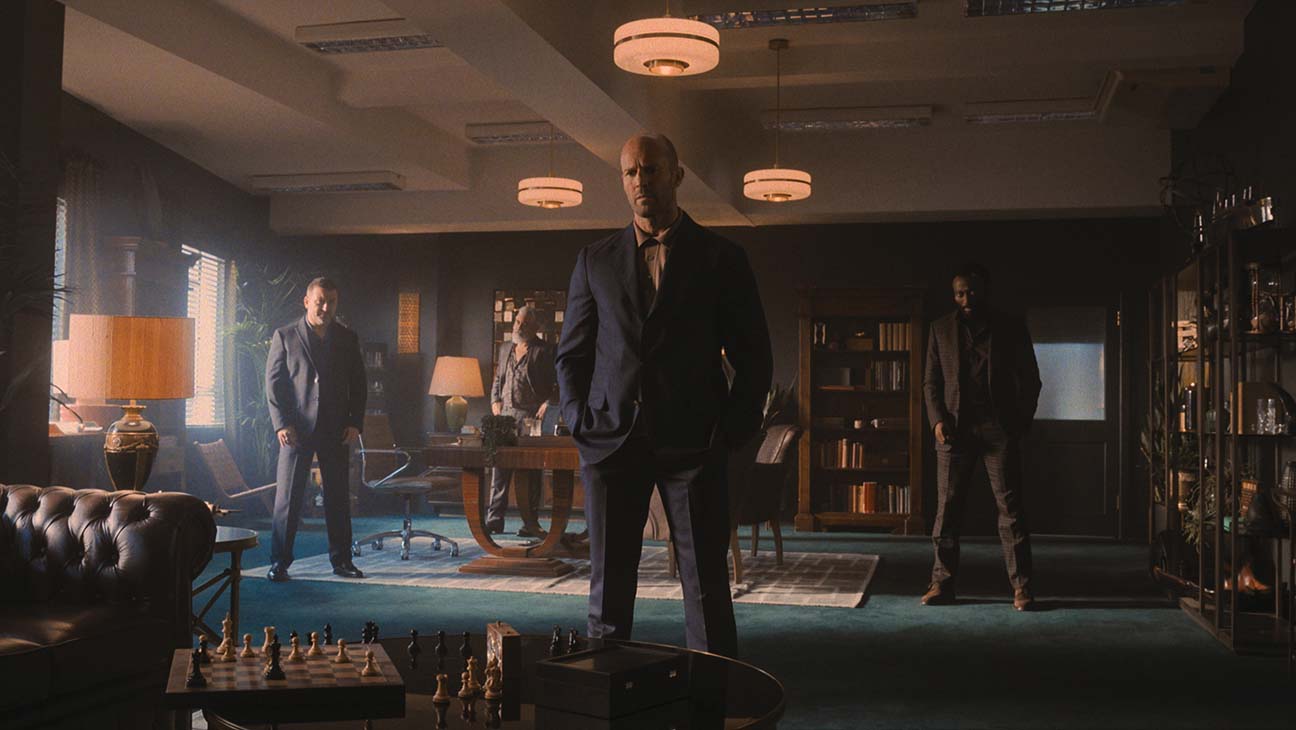 “Wrath of Man” by Guy Ritchie

Maybe the reason I liked this movie so much is the fact that I wasn’t expecting anything from it. Nevertheless, we can’t deny that Wrath of Man is probably Guy Ritchie’s most mature and darkest film to date and probably one of his best ones. Telling the story of a mysterious security guard who starts working for a company that is in charge of transporting large sums of money, the movie unfolds itself in different and mysterious ways, resulting in a violent and sinister thriller that shows more than meets the eye. A modern western in today’s London.

A movie that will probably leave this list in the upcoming months, A Quiet Place Part II is a film that isn’t being well received by critics but it follows the exact same logic as the first one and it expands its universe in better ways than its processor – which makes me wonder about the hypocrisy of people and the problems of movie hypes. Either way, John Krasinski’s film is exactly what it’s supposed to be: an American blockbuster about Aliens from space which mainly works because of the way the sound design is implemented in the narrative. I thought this was an extremely entertaining film that has better scenes, sequences, and story than the first one and it used the sound narrative in more interesting and tense ways, resulting in very fine big-budget movies about monsters. 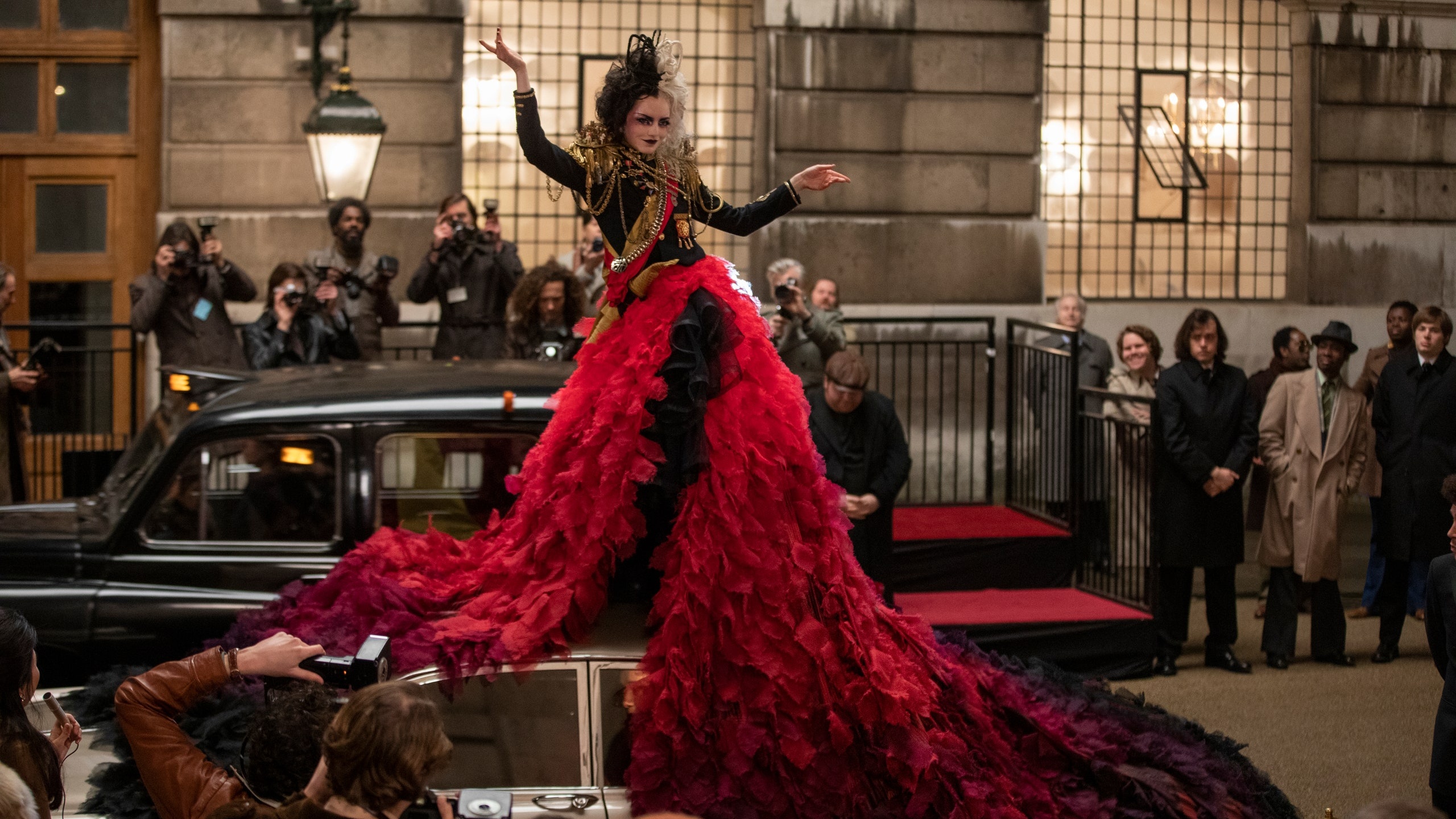 Probably one of the most talked-about movies of the semester, Cruella is everything you expected and more. It is cool, it is camp, it is punk and it’s extremely fun. Emma Stone makes wonders out of this incredible character even with the fake British accent, just like Emma Thompson, who plays a character that resembles Miranda in The Devil’s Wears Prada. Cruella is a similar movie to the one based on Lauren Weisberger’s novel but for a broader audience set in late 70s London, which created space for a killer soundtrack that goes from The Animals and Iggy Pop to The Rolling Stones and Nancy Sinatra. If there’s one company that is standing out throughout this year is Disney and Cruella comes to show that they are ready to take bigger and bolder steps. 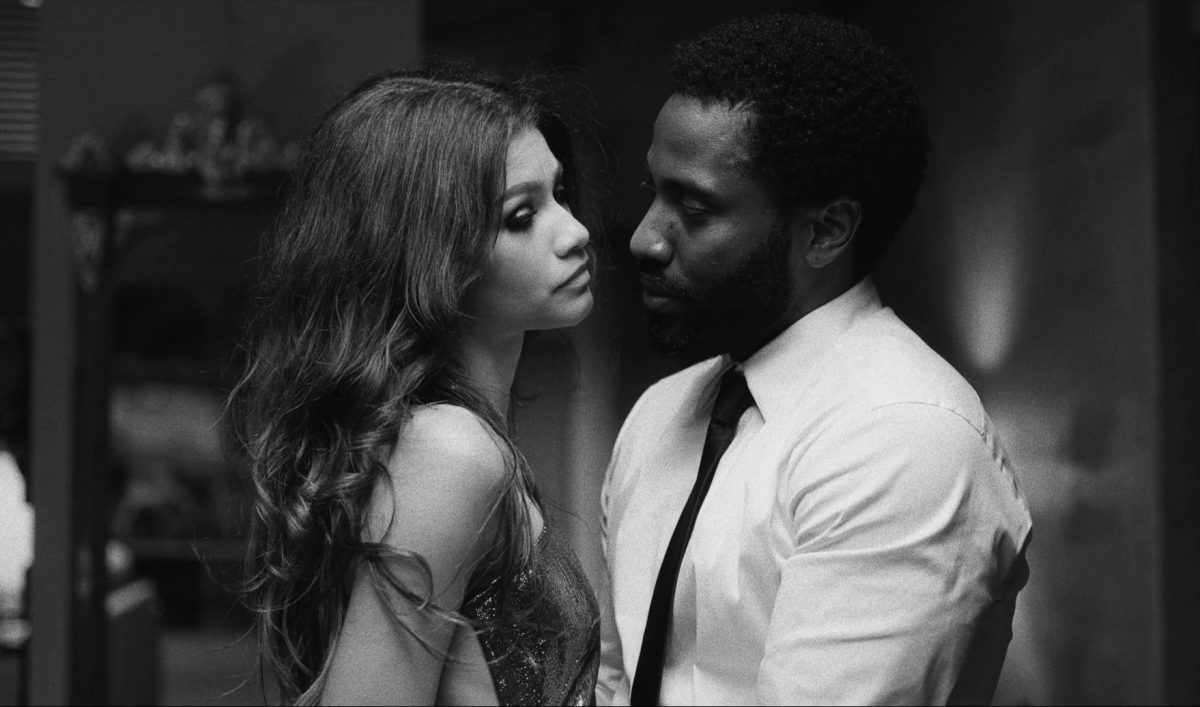 “Malcolm and Marie” by Sam Levinson

And last but not least, Malcolm and Marie is a movie that has probably already been forgotten since it wasn’t nominated for any major Award and it’s now part of the Netflix archive. Despite being a black and white movie about a couple arguing for more than an hour, Malcolm and Marie is a beautiful homage to the cinema of John Cassettes that talks about relationship, art, and the act of stealing from one another, shot in astonishing cinematography that homages not only the color of its characters but also their relationship and their drama. It’s a beautiful and powerful picture that I’m afraid that won’t be talked much about in the near future, which is exactly why I made sure to be mentioned here.

What about you? What are the best movies of 2021 for you so far?