I’ve never talked about TV shows on Papiro & Mint but I thought it would be a good idea this time since people are watching more Netflix and going less to the movies. However, Netflix has been releasing one show worse than the other and the fact they are not renewing most of them for a second season is the proof of that. The only that is actually surviving are the ones that have been nominated for an Emmy for the past couple of years such as House of Cards, The Crown, Stranger Things, Unbreakable Kimmy Schmidt and Orange Is the New Black. Now, this is good television. But what does this even mean?

Netflix made people lazy. They made video-stores shut down and decided to only watch the movies and TV shows Netflix decided to provide to them. There’s a bright side on that because it made people watch the entire seasons of the legendary Breaking Bad and hilarious full series of 30 Rock and Parks and Recreation. But the more the time pass, the more you see the really good TV shows, the one that is changing the concept of television, the ones that made us obsessed with them in this “new golden era of television” are fading away and becoming exceptions in a sea of boring and cliff-hangerish episodes that can’t survive more than three seasons. Some of them can actually survive by pretending to be a TV show when they’re actually modern soap-operas like Grey’s Anatomy, Revenge, Scandal; or they feature a handsome cast and talk about supernatural things or millennial problems like The Vampire Diaries, Teen Wolf or 13 Reasons Why. Not really good television (which doesn’t mean I didn’t watch the first 5 seasons of The Vampire Diaries and Grey’s Anatomy, I’m still human, guys).

So where exactly I’m going with all of this? Good television and people are not watching it. Television that tells a story that only a medium like TV could provide. Television which stories and format are as good as the best movies we’ve seen. Some of them were mentioned here, the others are still out there: Mr. Robot, Westworld, The Leftovers, The Handmaid’s Tale, The Night Of, Homeland, Game of fucking Thrones. Yes, a lot of people watch those, but most people I know are more concerned about watching the new shitty Netflix show than looking for the exciting things out there. They’re lazy because is too easy to press a button on Netflix than looking for different ways to watch other things. This is the same problem with movies. At least in America, they have Hulu and Filmstruck, but most of other countries, people are still obsessed with Netflix and most of Netflix content is not good. 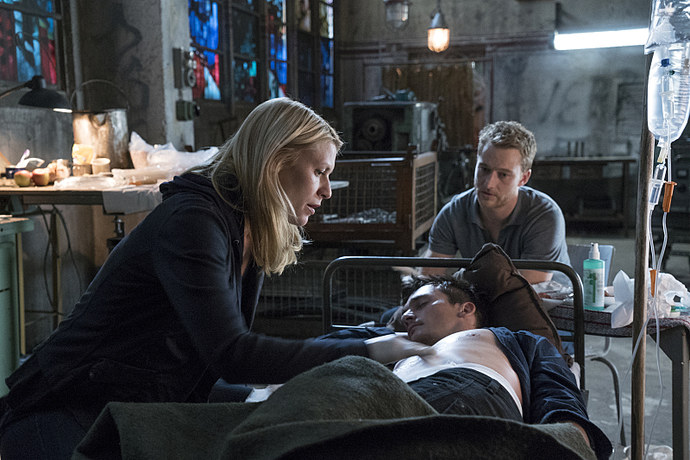 The other day I praised Homeland on Facebook and how important the TV show was by reflecting the presidential election of Donald Trump in America and a friend said: “no one watches that TV show”. But somehow, American Horror Story is being mentioned all over the place for showing that the next season will deal with agoraphobia and psychopathic behavior as a reflection of the Trump presidency. Yes, that’s pretty interesting, but is still a horror series at the end. In the meanwhile, Homeland started its show by talking about the conflicts in Syria and the latest season was about security in America, the problems concerning free speech, Muslimophobia, planned terrorism, and the list goes on. Unfortunately, the show didn’t get a nomination at the Emmy’s this year, but it already got 4 nominations as Best TV show since it started.

And speaking about Emmy’s, they are probably the only award ceremony I know that are actually fair when it comes to their winners and nominations, even though I haven’t watched every single one of them. But people in general, haven’t watched more than one or two series. So why is this happening?

When people start to watch these so-called “critically acclaimed series”, they say they’re bored. But that happens because they’re used to a fragmented, fast-pacing, cliff-hanger ending episode which is more concerned in making you want to watch the next episode than to think about the story itself, usually going to a direction where the story stops making sense by the fourth season or having a horrible conclusion. Which is pretty much the same thing I hear from people when I show them interesting, different movies. People told me Game of Thrones and Breaking Bad were boring when they started watching and now they’re fascinated. Maybe TV shows are not boring, maybe we are the ones who are dull and stupid. Sometimes you need a whole season to understand why is it good and not only the first 40 minutes.

And isn’t this the major problem with images today? How we consume them? Who reads a book? Who finishes a movie? Who even pays for a ticket that is not for a super-hero or blockbuster film? Definitely the people who write posts like this. Of course it’s nice to watch other things, just as I keep watching all the super-hero movies and shitty blockbusters that come out every month, but learn how to separate what’s good from what’s bad, what’s reality television and entertainment and maybe you’ll have a better judgment than most internet critics.

What about you? What are your favorite TV shows?