Differently from the previous couple of years, 2016 it’s being a quiet surprising moment for new records, giving me back the enthusiasm I used to have to look for new music, which is something that has never been so easy with the arrival of Spotify. Because of that, I decided to name a few of some incredible records I’ve been listening to that were released this year. Here they are:

“Everything You’ve Come to Expect” by The Last Shadow Puppets

The Alex Turner and Miles Kane duo were not only one of the most exciting comebacks of 2016, but also, in my humble opinion, one of the best – if not the best album of the year. With an elegant and sophisticated sound, Everything You’ve Come to Expect is literally everything you’ve come to expect from The Last Shadow Puppets, by making a record that no one else seems to do it like them nowadays. Click here to listen.

One of my favourite records of the year, Wild Belle proves that they are not playing around and sophisticate their sound in this sophomore release with rich elements of extremely good taste. Mixing indie, rock, reggae, funk, ska and jazz, Dreamland is one of the coolest albums of 2016. Click here to listen.

I’ve been listening to The Kills since their amazing sophomore album No Wow and they have never let me down when it comes to surprising me. Releasing an amazing album each time, Ash & Ice for the first time goes a step back when it comes to innovation. Still, it’s an amazing record, celebrating their own roots with a sonority that resembles their early work with an experience of a decade. Click here to listen.

I’ve never really liked Frank Ocean, however, it’s impossible to deny that Blonde is one of the most important records of the year. Transforming R&B into something entirely new, Frank Ocean’s new release it’s probably one of the most original things that we’ve heard this year, with an attitude and message that somehow translate the world we live now. It’s an auteur record, mixing and experimenting with elements in creative ways that will make you feel amazed. 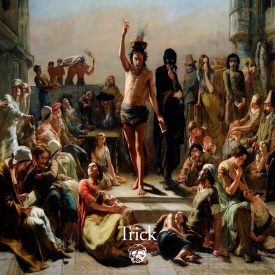 Another extremely important comeback after an eight-year gap, Jamie T finally meets up with his sound again in this follow up after his dark and strange third record released last year. Bringing back the best elements of the indie rock’n roll era of the 2007’s, Jamie T mix those elements with punk and hip-hop in a youthful sound but with the maturity of a grown up. Click here to listen.

Beyonce’s Lemonade didn’t lack hype and with a good reason. Having its debut as a HBO movie, the singer created a very powerful album that screams girl power featuring an outstanding selection of artists such as Jack White, James Blake, The Weekend and Kendrick Lamar. The songs go from pop and R&B to rock, country, soul, hip-hop and blues, creating a very diverse album. I also was never really a fan of Beyonce, but Lemonade IS good. Click here to listen. 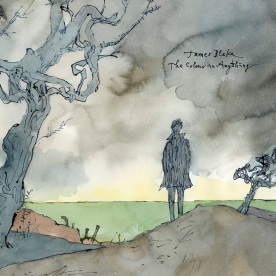 “The Colour In Anything” by James Blake

After the amazing Overgrown, we much wondered of what James Blake would do next. After a lot of expectation, The Colour In Anything came out of nowhere with incredible 17 tracks. The result, in my opinion, is not better than his last record, but an amazing follow up with huge proportions where the singer plays in his own world secure of himself and the original sonority he created. Click here to listen.

“How to Be a Human Being” by Glass Animals

Glass Animals first album was pretty good, but I think there was something missing that the band tried to say but failed on doing so. Here, the Animals finally seem to achieve their full potential, modernizing the genre where so many bands died on the way (MGMT, Klaxons). Hopefully, they will stay strong as this incredible and beautiful album that are with no doubts one of the best of 2016. Click here to listen.

From all the new indie rock bands that are born and forgotten every year, DMA’s seem to promise quiet enough by embracing the 80’s vibe and the 90’s rock’n roll scene from England. Even though they are from Australia, the boys seem to know their references, making a quality album that knows how to differ from most bands out there that are trying to do the same sound. A great debut album! Click here to listen.

Josef Salvat finally got his record! And it’s great! Mixing a variety of sounds and using lyrics to self-exploration, the Australian singer creates a very sexually charged album with dance elements that would definitely become a hit if played on the radio. Thankfully, it doesn’t, and its creativity is saved for us to enjoy in a full album.